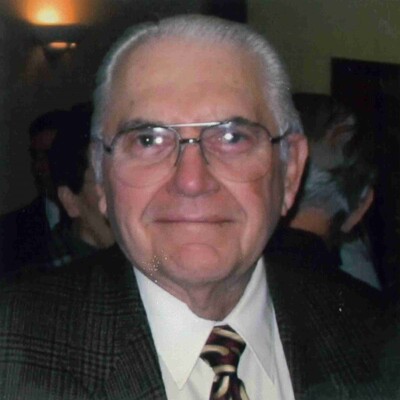 Terry Joe McNeely was born to Joseph and Inez McNeely on January 28, 1932 at the Newman Hospital in Shattuck, Oklahoma. He grew up during the depression and helped at his parents plumbing and electric business in Arnett. He graduated from the local high school in 1950 and married his childhood sweetheart 2 years later while attending Oklahoma A&M and studying electrical engineering. He was enrolled in ROTC and after graduation served 2 years as a Lieutenant in the Army Signal Corp. Following this, Bell Laboratories hired him, and the family moved to New Jersey followed by a transfer to Wichita Falls, Texas as an advisor to Shepard Air Force Base and their ICBM program. He resigned due to prolonged stents from home and sought employment in Oklahoma City and was hired by Western Electric which built the OKC works in 1961. He retired from there in 1989. TJ and Donna had 3 children; Reed, born in Stillwater, Karen, born at Fort Benning, Georgia and Steve, born in Dover, New Jersey. All still live in the OKC area. TJ was an avid HAM radio operator and the roof line looked like something from a Sci-Fi movie set replete with multiple wavelength antennae. Later he took up R/C flying and became an accomplished pilot and model builder. He built large models of the Winnie Mae and Spirit of Saint Louis. In 1999 he participated in the Wiley Post Centennial landing at the named airport in the front seat of a biplane piloted by one, Mr. Raggozino. Dad had a 45-minute act which he gave to a number of gatherings giving the details of Wiley’s life while dressed as Wiley Post complete with his unique white eyepatch, fake mustache, and brown wig. He was overly generous with his family which he treasured but had little patience with politicians and other liars save for his dearly beloved Ronald Reagan. In his prime he could fix anything not related to automobiles. He will be missed by all who knew him. He leaves behind his wife of 69 years, 3 children, 6 grandchildren and 12 great grandchildren.