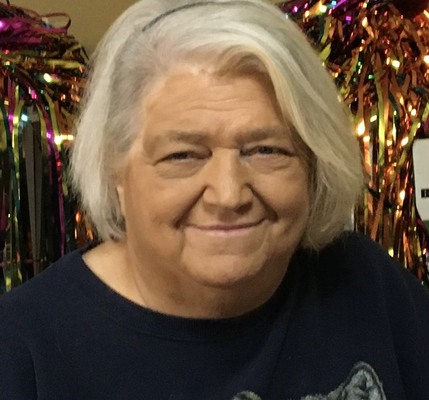 Mrs. Airington was born on November 12, 1949, in Enid, Oklahoma, to Willard (Bill) and Helen (Schuelein) Fox.  After graduating from Kremlin High School, she moved to Oklahoma City where she married and began her family.  Jennie spent many years working as a medical transcriptionist in Oklahoma City and Cheyenne, Wyoming.  She later moved back to Oklahoma City to be near her grandchildren where she resided until her death.  Jennie spent her spare time knitting and gardening, quilting and watching her Dallas Cowboys.  She was a member of the LWML and the Quilters at Messiah Lutheran Church.

Preceded in death by her parents, one son, Donovan Airington and two brothers, Jim Fox and Gene Fox, she is survived by one daughter Michelle Daugherty and husband Chris; three grandchildren, Kyler, Raquel and Cheyenne; one great grandson, A J Romby; two sisters, Martha Sands and Joy Pritchett; one brother, John Fox along with many nieces, nephews, other relatives and a host of friends.

Memorial services for Jennie Lee Airington will be at 10 a.m., Saturday, April 2, 2022, at the Messiah Lutheran Church, located at 3600 Northwest Expressway, in Oklahoma City, with Pastor Mark Muenchow officiating.