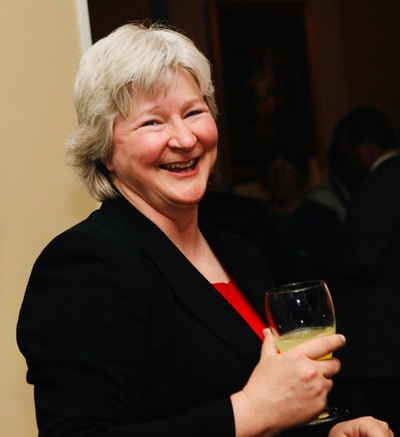 On Friday, April 5, 2019, Jo Etta Worthen lost her battle with cancer, at her home in Norman. She was the youngest of three daughters of the late Jake and Mildred Worthen of McLoud, OK.

Jo was born on August 27, 1959 in Oklahoma City.  She started school at Stand Watie elementary in Oklahoma City.  At the end of first grade the family moved to McLoud where she finished her public school education.  During her years at McLoud, she played basketball for the varsity team.  She was Homecoming Queen her senior year.  After graduation from McLoud, Jo attended East Central University in Ada to play basketball.  Later she attended Oklahoma State University—OKC where she earned an associate degree in Electronics Engineering Technology. In addition to her degree, she also held a journeyman electrician’s license.

She began her career working on the assembly line at the Oklahoma City General Motors plant. When the electrician’s apprenticeship program opened, she applied and tested for admittance.  Over 500 people applied for the 9 slots in the program.  Jo was one of the three women accepted into the program.  From that position, she entered the Predictive Technology department and trained to become a vibration analyst.  Using infra-red and ultrasound technology and thermography, she provided the data needed to keep automated manufacturing equipment running smoothly and continuously.  She carried this knowledge and experience to her job at OG&E where she applied her elite skill set to power generating equipment.

Jo’s pastimes included camping in her RV, traveling and riding her prized Harley-Davidson.  She also loved to collect tools.  Her favorites were pocket knives and flashlights, which she often gave as gifts.  She traveled extensively in the United States including a most memorable trip to Yosemite National Park where she climbed the legendary Half-Dome.  In Europe she visited London, Paris, Lucerne, Verona, Venice and Rome.