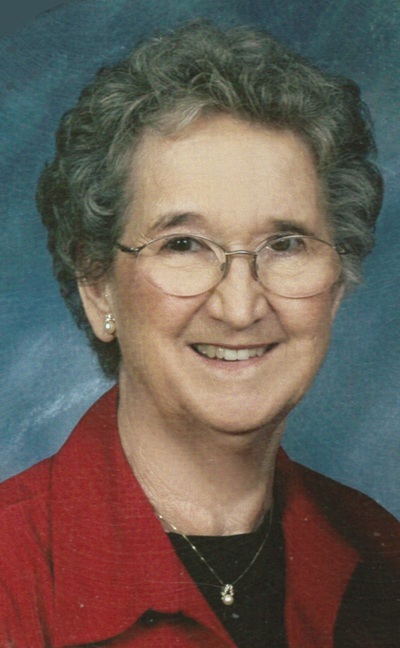 Joanne was born in Rector, Arkansas, on July 26, 1928, to Francis Winona Hawkins Anderson and Bailey Duncan Anderson. She is survived by one of her two siblings, Joyce Woodruff.

Growing up during The Great Depression, Joanne lived in rural and small-town Arkansas in the company of several generations of her family.  As an adult, Joanne told wonderful stories about her early years, and her family will always treasure those roots. Following high school, she attended two years at Harding College (Searcy, AR), earning a Teaching Certificate.  She then taught 5th grade for two years.

Joanne was Bill’s partner in every way when he began his pulpit ministry at the Church of Christ in Johnson, AR in 1950.  They continued in Antlers, OK; Holdenville, OK; Rogers, AR; Northside in Tulsa, OK; and Britton Road, Cherokee Hills, Drexel and North MacArthur in OKC. Because of their passion for missions, Bill and Joanne volunteered for mission trips to several locations including Canada, Germany and New Zealand.

Joanne taught numerous women’s and children’s Bible Classes, spoke at conferences and lectureships throughout the country, and was a columnist of a national religious newspaper. Her work as State Coordinator for the Oklahoma Christian College Women’s Association (OCCWA) resulted in valuable student scholarships and campus improvements. Annually she led their key fundraiser, the OCCWA Food Booth, one of the busiest at the Oklahoma State Fair.

Her community involvement included a wide range of projects including sewing children’s clothing for the You Are Special charity and quilts for a local homeless shelter.

Her gift of hospitality ensured her house was always full of laughter and meaningful conversation.  From visiting missionaries, to college students needing a home away from home, she provided shelter, meals and respite.  December Friday nights in the Smith home meant large groups of people invited in each week for a holiday meal, complete with turkey and trimmings, and homemade candy and pies.  And many will remember that Bill and Joanne introduced fondue entertaining long before it became popular!

Joanne’s strongest passion was her family, and she has left her children, grandchildren and great-grandchildren with precious memories of fun times with Grandma and Papa.

The immediate family will hold a private service celebrating Joanne’s life.  You are invited to view the service online beginning at 11:00 am, Thursday, November 12, at Joanne Smith Service

In lieu of flowers, the family suggests a donation to a charity or other good work in Joanne’s honor, with notification to her grateful family. Since the services will be private, they hope you will send a note to them with your memories of Joanne.  Correspondence can be addressed to Joyce Swanson at PO Box 13, Meridian, OK 73058.