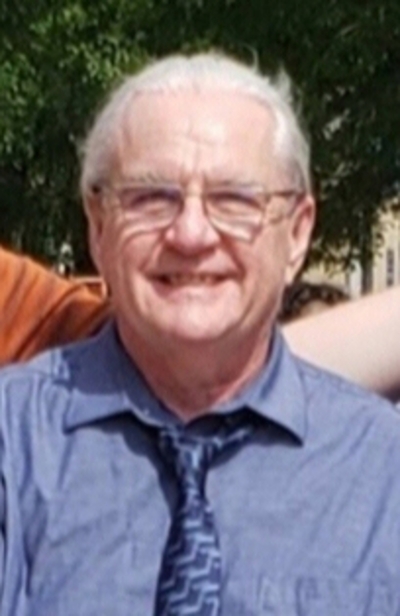 He was born in January of 1962 at the Indian hospital in Lawton, Oklahoma to Teddy Franklin and Barbara Jean (Tengram) Anoatubby. He graduated from Moore High School in 1980. He spent some months in his early college years traveling through Europe with a good friend before returning back to the states to work.

His educational journey began at the University of Oklahoma, but he also focused his drive and discipline as one of the youngest managers at KFC. Many an employee he managed has commented about impact his work ethic had made on their early work experiences.

He married his wife, Lori at the age of 25, and though he derived a sense of satisfaction from his work, he felt a sense of purpose was missing and ended his employment after 13 years. He was encouraged to find a more fulfilling career, and he felt inspired to return to college. Their three children were born in different states on his “tour” to receive his education:  Jane, in Norman, where he earned his BA and MA at the University of Central Oklahoma; Garrett, in Oxford, where he received a second MA in Southern Studies at the University of Mississippi; and Henry, in Chapel Hill, where he began his doctorate in American Indian peoples at the University of North Carolina.  Though the marriage ended after 24 years, he remained a loving father and expressed great pride in the adults his children had become.

A proud Chickasaw, Joe worked at Rose State College for 11 years, where he assisted with a variety of student academic services–as well as served as an adjunct professor. He was well spoken, yet considered himself a true student focused professor, and felt teaching history was one of the most rewarding pursuits in life.  He was well respected by students and colleagues alike.  His passion for history was infectious–even for those who did not originally share such interests.

He maintained friendships with several people he had known since his school years. He was an avid board game player since his high school years, and enjoyed playing games of every variety, skill level and complexity. He instilled in and shared with his children the love of gaming. He cared more about having fun, strategizing, and making connections than he did about winning. His peers looked forward to seeing his yellow SUV wherever the games were being played.

His friends and coworkers described him as kind and gentle spirit, and a very good friend. He always managed himself professionally, and he also maintained a certain level of privacy. Anyone who really knew Joe knew they didn’t really know Joe. For every situation that was visible, there were a dozen others he was juggling behind the scenes. He definitely lived in the present. He had a silly sense of humor and a boisterous laugh. He knew thousands of movie quotes and could pull out the perfect one for the situation. He heard the backbeat and the obscure notes in ubiquitous music most people didn’t notice. He often “graced” his kids with intricate and complex stories in answer to relatively simple (for their age) questions. He loved seeing his grandsons, and though far away, he enjoyed making a few trips to visit them. The last Yule celebration in Edmond with all his children, grandsons and extended family together was a festive, chaotic occasion for which he expressed deep gratitude.

Joe was preceded in death by his mother, Barbara. He is survived by his father, Teddy; sisters Deborah and Theresa; his children, Elizabeth (Jane), Garrett and Henry, and a loyal black Labrador Retriever, Max.

The family asks that you consider a donation to the American Cancer Society, and note the CDC recommendations: https://www.cdc.gov/cancer/colorectal/basic_info/screening/index.htm. Regular screening, beginning at age 50, or sooner in some cases, is the key to preventing colorectal cancer. “Let our heartbreak be your wakeup call.”

*Due to the current health crisis, there will be a gathering of family and friends celebrating Joe’s life at a date to be later determined.