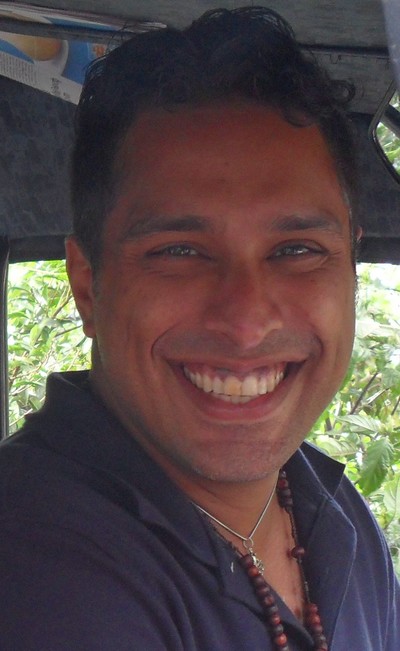 Joey (Joymon) Zachariah Melakayil, 41 went back to His Heavenly Father on Nov. 4th 2019. He was born May 9, 1978 in Oklahoma City, where he remained until his late teens. He then moved to Tulsa, Oklahoma where he lived out the rest of his life. Joey received his Baptism, First Communion and Confirmation all at Epiphany of the Lord Catholic Church in OKC, where his family has been members for about 35 years. Here, he along with all of his siblings, attended Sunday school and VBS together. He loved to play Jesus in the Stations of the Cross. And, volunteer for the Haunted House, always getting extra candy for his youngest siblings and sparing them from getting too scared. He attended PC North High School, where he enjoyed sports and art. He was an accomplished artist in all forms of media, both drawing and sculpture. He often would spend hours resourcefully and skillfully crafting stunning art work out of virtually nothing, that he could then gift to those he loved- which was everyone. From birth, he was a simple and loving child-that never changed. He never met a stranger. He gave things away to a fault and captured the hearts of all he met. He was a man of both innocent, child-like love and curiosity, which took his life through many twists and turns, ups and downs. He will be the first to tell you he was not a saint, but he never stopped trying to do better and to please others around him. Joey never stopped his faith in God. He knew Jesus and feared God. He loved the Rosary and Mother Mary, who was a constant companion for him. Joymon loved his parents, siblings, nieces and nephews and family more than life itself. He would never begin or end a phone call without saying, “I love you with all my heart,” several times over. If you needed someone to dress up as Santa or put on a show for the family, he would be your guy. He and Amy took care of their younger siblings Roy and Mini like doting parents; they were his “little munchkins”. He was not a man of great material wealth but as believers, we know, “Thus, the last will be first, and the first will be last,” Matt. 20:16. He is survived by his parents George and Juliet Melakayil of Oklahoma City and mother Deborah Zapata of Tulsa, his sister Amy Hernandez and husband Orlando of Tulsa, brother Roy and Liz Melakayil of Edmond, sister Mini Melakayil of Oklahoma City, nieces and nephews Alyssa and Daniel Hernandez, Naomi and Luke Melakayil, Bella and Izeyah Magana and countless extended family. Our Joymon was beloved the world over and now we hand him back to his Creator. He is most certainly in the bosom of his Creator, enveloped in a love far beyond anything we could give him. So, rejoice with us as he is in a far better place than we. He has run his ‘race to the finish’ and the ‘number of his days he has fulfilled.’ In honor of the spirit of his soul, we ask that in lieu of flowers, donations be made a charity that helps those in most need. May his example of a servant’s heart be an example of inspiration for all of us.