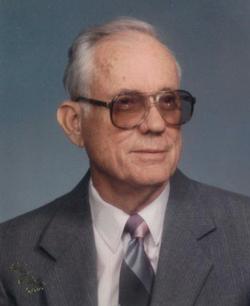 He is survived by his daughter and son-in-law, Jan & Travis Milhollon of Yukon, OK, 2 grandchildren: Kelly Kane and her husband Ryan, of Monroe, MI, John Flowers and his wife Amber of Yukon, Ok; 4 grandchildren, Claudia and Caleb Kane and Mykenzie and Jennie Flowers and numerous nieces and nephews.

When John was 8, his family moved from TN to Granite, OK and then settled on a farm in the small community of Lake Creek, just north of Granite. His parents were strong members of the local Church of Christ, and it was during the years at Lake Creek that John was baptized into Christ. He stayed an active member of the church until his health preventing him from attending regularly, but he continued to read and study his Bible and share his faith. He taught Sunday school classes, mostly to junior high, high school or young married classes, many years and was a deacon at the Putnam City congregation here in Oklahoma City and the Faith Village congregation in Wichita Falls, TX. He returned to Putnam City from TX and again served as a deacon and then an elder. In later years he attended the Cherokee Hills andDeer Creek congregations. He worked as an aircraft mechanic after graduation high school and served on the aircraft carrier USS Anzio during World War II. When he returned to OK after the war, he continued in aviation and attended night school to get his pilot's license. For many years, he flew for various oil men in OK and MS and a banker in TX. After his career as a pilot, he was Regional Manager for Van Dusen Aircraft and eventually entered into a partnership setting up and managing an aircraft parts company until his retirement. John always had to have "something extra" or a "project" going on so he attended Dale Carnegie classes to become a better public speaker. He sold insurance for a few years for American Founders Life Insurance and got his realtor's license and sold houses for Montgomery Realty. He also became acertified tax preparer. He loved to travel, and he and Jennie were avid RV'ers for 29 years. Between his flying and their RV'ing, John has visited many locations in all but the 6 most northeastern United States and Acapulco, MX, Jamaica and various places in Canada.

When Jennie's health began to fail, and he couldn't sleep at night, he wrote poetry250 published poems. Two of his poems were printed in 16 languages and 10 were set to music.Perhaps because his mother sang to her children and while working, he had a profound love of music, particularly gospel and Blue Grass. He would have loved to have been a professional singer and musician.

They made the trip in 8 days, traveling in the backs of 2 trucks that had been bought by 2 men for the purpose of transporting families out the Willow Grove area because the TVA was going to flood the area to create Dale Hollow Lake on the Cumberland River. On the trip they slept on the ground at night, spending 1 night on the banks of the MS River at Memphis. They chose to move to Granite because Mattie Cyphers had a sister who lived there. They settled in as farmers at a small crossing called Lake Creek just north of Granite.

John noticed his future wife, Jennie, when she was in the 8th grade. He was a senior. He said she was not the prettiest girl at that age so he didn't really give her much thought. He moved to Shawnee, OK to work as an aircraft mechanic when he graduated. On a return trip to Granite a few years later, he ran into Jennie again. She was 16, and had gotten "very beautiful" in those few years.

He & 3 of his brothers joined the Navy during WW II. He was assigned to the aircraft carrier, USS Anzio, which was deployed to the South Pacific. He and 2 of his brothers, George and Clarence, were in the battle for Iwo Jima. George was killed there and buried at sea. During the war, the ship would sometimes return to Widbey Is off the coast of WA. During shore leave on 1 of these occasions, John went to Whittier, CA to see Jennie. She and her parents had moved there to work in the war effort. While Jennie was not a "Rosie the Riveter", she did work in an aircraft plant. By the time John got to Whittier, he had 3 days of leave before he had to return to WA. Jennie's sister, Mable, pulled some strings and made all the arrangements for the couple to be married at her home in Whittier.