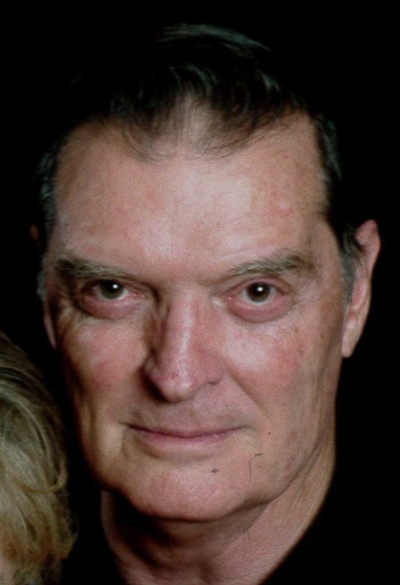 Jack was born in St. Louis, MO and spent most of his formative years in Tulsa, graduating from Marquette High School in 1950, where he played football and basketball. While attending the University of Tulsa, he met the love of his life participating in “Catholic Activities” for young adults. Jack and Catherine “Eileen” Nester celebrated 64 years of marriage this past June. They started their family in Tulsa, later moved to Bartlesville, and then eventually to OKC in 1969. Jack worked for Gov. Bartlett until the early 1970’s and spent the next 20 years working for Montgomery Ward. He was always a true family man, spending a lot of time coaching baseball and softball for one or more of his five children. He was a devout member of St. Charles Borromeo Catholic Church. He retired in 1990, and a short time later, he and Eileen moved to Lake Texoma where they were very involved in the community for over 20 years. They enjoyed square dancing, fishing, and daily walks with their dogs. They were active members of Holy Cross in Madill, OK and Jack served several years on the Texoma Volunteer Fire Department. He is survived by Eileen, his loving wife; children, John Nester of San Francisco, CA, Joe and Cathy Nester of OKC, Karen Nester and Di Taylor of OKC, Kay Purser of Piedmont, and Bill and Tracy Nester of Edmond, as well as grandchildren,  great-grandchildren,  and great-great grandchildren.  He is further survived by his sister and brother-in-law, Dorothy and Jim Smith of Dallas, TX, as well as many nieces and nephews.  Visitation will be held Nov. 19th from 1-8 PM  at Buchanan Funeral Service with the family greeting guests from 2-4 PM, Rosary will be held Monday Nov. 20th at 6:00 PM in the chapel of Buchanan Funeral Service and Services will be held Tuesday Nov. 21, at 10:00 AM at St. Eugene  Catholic church. In lieu of flowers, the family suggests contributions to Catholic Charities Foundation.