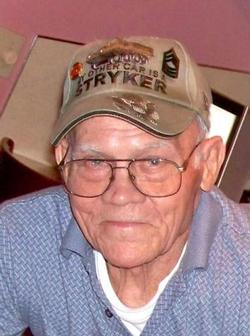 John enlisted in the U.S. Navy in 1949, served in the Naval Reserves for 2 years, and then entered the U.S. Army in 1952. He retired from the Army with the rank of Master Sergeant in 1975. He was notable for receiving the first U.S. Army Culinary Award ever presented and was recognized as maintaining the Best Mess Hall in Europe.

He traveled the world during his time of service, to include Germany, Greenland, coast to coast in the U.S., and finally Vietnam.

He was preceded to death by his parents, seven brothers and sisters, and wife, Rosa Emilie Schwarz.

John was a man that lived life to the fullest.

Visitation will be from 10 am – 8 pm Monday at Buchanan Funeral Services. Graveside services with full military honors to celebrate his life at 10:00 am, Tuesday, April 4, 2017, at Fort Sill National Cemetery.