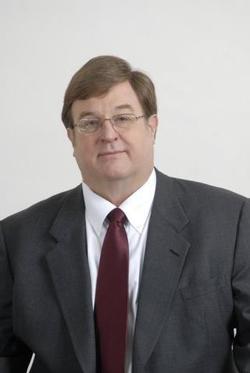 John Iden Madison passed away in his sleep Sunday, October 21, 2012. True to his character of caring for others, he had been working hard at surprising his sweet wife, Corinne, by making updates to the house while she was away.
John was born in Sioux City, Iowa on Feb. 12, 1950 to John Vincent Madison, Jr. and Lois Margaret Mahany. He grew up moving frequently with an older sister, Ruth, and two younger brothers, Dave and Paul. He enjoyed the moves because he could change things about himself without preconceptions from others.
He quickly fell for Corinne Wakefield the first time he met her. They were married May 29, 1972 and soon made a "temporary" move to Oklahoma, never to leave again. There they welcomed a daughter, Christine, and a son, John Christian, and four grandsons, Lincoln, Jackson, Harrison, and John Alexander.
John was involved in the computer industry, beginning with punch card technology. He once went to a computer museum and came away in awe that his life was already in a museum since he had worked on everything in it! He loved working, being with and helping other people and was often heard saying, "I hate computers."
Anyone who knows John will miss his warmth, kindness, generosity and bad puns. He loved people and served willingly. He never wanted to be a burden to anyone else and would go far out of his way to give and show his love.
A Memorial Service will be held in his honor at Church of the Servant at 14343 N MacArthur Boulevard OKC, OK at 11am on Fri, Oct 26. In lieu of flowers please give to The ALS Association.