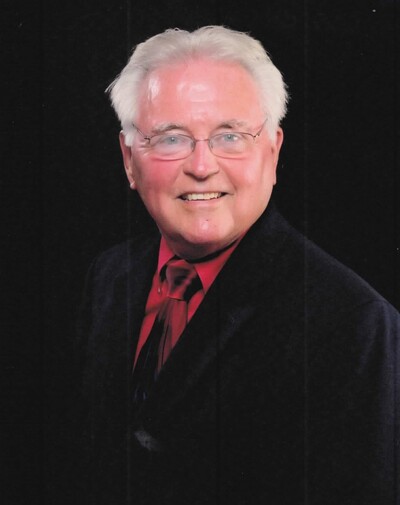 John Tavner Snelson IV lived his fullest life with the view of an eternal life. He left us to spend eternity with Jesus on May 1, 2022. “John T” was born in Oklahoma City on September 2, 1939.  He was a man who deeply loved his family and Jesus. He was a blessing to all he met, which was anyone willing to listen to his “Hello!”

His zest for life and trust in the Lord led John T. to begin leading music at church at the age of 16.  This continued throughout his life as he began singing and leading songs at the local senior living establishments. John T was a Sunday School teacher for approximately 40 years; always involved wherever he attended church.

John T, along with his beloved wife, Susan owned Alpha & Omega Salon until they retired in 2020. His career in hair began in 1961 at the age of 22, in 1963 he exclusively used Redken products and eventually became a Platform Artist for Redken.

He was a vibrant man who lived life to the fullest. He was known as “Santa” to hundreds of families for multiple generations as children once visited became parents. He loved bringing joy and the message of the birth of Jesus to people of all ages. He often frequented nursing homes as Santa bringing ornaments and a message of love.  He enjoyed Halloween as much as the “trick or treaters” often times dressing up to participate in the fun. He would frequently stop to help strangers in need, trusting God to keep him safe. He enjoyed fishing, wood working, bird watching, traveling, storytelling and adventures with his Gnome collection.

John T was a loyal brother to his sisters, Normadean Volk and Teresa Rountree; devoted husband of 46 years to Susan; encouraging father to his four children, Schaun Adams & husband Mike, John T Snelson V & wife Heidi, Christian Snelson & wife Kari, Ryan Holcomb & wife Michelle. He was totally in awe of his 10 grandchildren and 3 great-grandchildren.  Uncle and Brother in Christ to many.

He is preceded in death by his parents, Drusilla & John T Snelson III and oldest sister, Normadean Volk.  They are all certainly together worshiping the Lord they so fervently loved!