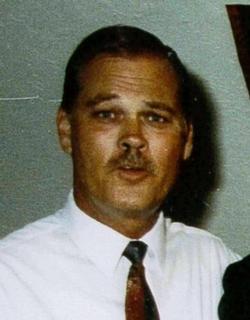 Please join us in the celebration of life of John Wayne Holland who was called to his heavenly home on February 13, 2016 at the age of 73.

John was born December 27, 1942 in OKC to John C. and Gertrude Holland. John married the love of his life, Fran, and they have been happily married for 54 years.

John and Fran loved to travel. Some of the most memorable trips include Hawaii, Whistler Mountain in Canada, San Francisco, beaches in Florida and many others.

John retired from Hartford Insurance in 2008. His greatest treasure was family and he loved spending time with them.

In addition to his wife, he is survived by two children, Diana Lynn and husband, Tom Gilmore, who is currently serving our country in South Korea; Rev. Steve Holland and wife, Dena, of Vinita, OK; seven grandchildren and their spouses, Jennifer and her husband Maikael Stewart of Jones, OK; Nicole and her husband Micah Woodall of OKC; Shelby and her husband Adam Mosso of Anderson, South Carolina, Alex Gilmore and Briana Gilmore of Granville, New York, Taylor Holland and her finance, Quinton Flaming of Vinita, OK, Calem John Holland of Vinita, OK,; six great-grandchildren: Ethan, Gracelynn and Khloe Stewart, Alexander Mosso, Evan Gilmore, and Ezzie Marie Holland; two brothers and their wives: Mr. & Mrs. Chris Holland and Mr. & Mrs. Jerry Holland; and a host of nieces, nephews, cousins and friends.

Services will be at 2 p.m., Wednesday, February 17, 2016 at Council Road Baptist Church where John has been a member since 1976. Officiating will be Rev. Steve Holland with burial to follow at Yukon Cemetery, Yukon, OK.