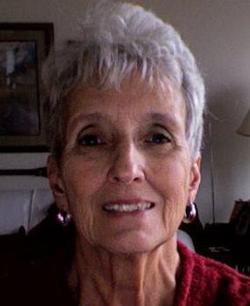 Strong in her faith, character and wisdom, Monta Sue Wilhite-Weeks remained passionate about God and loyal to her family until the very end.

Sue passed away surrounded by family at her home in Oklahoma City on April 21; she was 80.

Born to Obie Douglas Mayer and Eunice May Kirby on a muggy hot day in Willow, OK on August 16, 1934, her mother said Sue was a perfect specimen of a baby.

Though born in the height of the Great Depression, Sue's family never felt the full effects of the time like other families would, using a combination of hard work and frugal tricks to make everything last, a trait that would stick with her throughout life.

After a car accident claimed the life of her father, Obie, and grandmother, Ida, when Sue was 2-years-old, they moved to Altus where Eunice married Lloyd Hardy. Sue's brother Don would be born a year later.

While in school, Sue became an avid reader, sometimes skirting her chores to read just a few more pages.

Sue met Charles Wilhite in 1950, taking in the sights and sounds of the Oklahoma State Fair for their first date. They walked the midway, took a turn on the Ferris wheel, and rode the tunnel of love. After two years of courting Chuck, the two married on August 9, 1952.

They both graduated from Oklahoma A&M before starting a family, a promise Charles made to Sue's mom. They would have three boys, David, Dean, and Dirk.

The family would move from Olton, Texas to Muleshoe, Texas to Ardmore, Oklahoma then Kansas City, and St Joseph, Missouri before finally settling in Oklahoma City in 1970.

Sue taught kindergarten for more than 20 years at Hilldale Elementary in Putnam City and was beloved by all her students.

After Charles died on August 25, 1996, Sue thought she'd never be able to live without him. But through the support of her faith and family, she started going on movie and dinner dates with Aubry Weeks in 2000. The two married in 2004 and considered their lives doubly blessed by each other's children and grandchildren.

A devoted member of the Church of Christ, Sue devoted her life to loving the Lord and serving him. Her family will miss her Sunday night dinners, her beautiful garden, and her love of Oklahoma State athletics.

In her family's time of grief during her passing, they have taken joy in recounting her extraordinary life of service to others with an attitude of selflessness that persisted throughout her life – in good times and bad. She was always helpful to and concerned for others above herself.