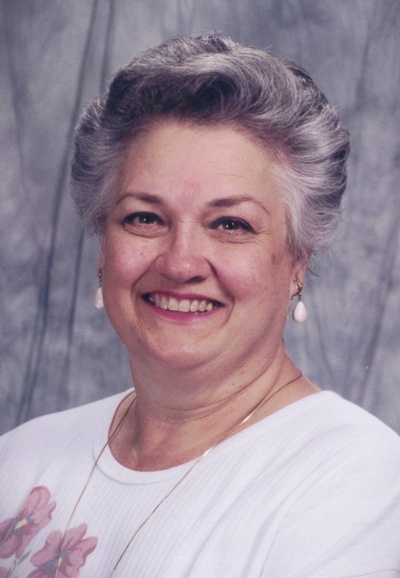 She graduated from Classen High School in 1959 and attended Oklahoma State University and Oklahoma City University.  As a youngster, Judy became a member of the Camp Fire Girls which prompted her to become a Blue Bird Leader after she had two daughters. She enjoyed working alongside her parents at the family owned grocery store, Jones Boys Grocery. Judy spent her summers at the family lake house, at Lake Hiwassee, where she loved water skiing and swimming. The Jones family was a huge family of Aunts, Uncles, and cousins whom she cherished all her life. Judy loved the Lord with all her heart and as a devout Christian she attended many Bible Studies throughout her life including nine years of Bible Study Fellowship.

In the Fall of 1960 Joe met the love of his life when Judy went to work for the Kerr-McGee Corporation. When he first saw her he said “Wow! Who is that?” and they were married six months later on April 28, 1961. It was a marriage that lasted nearly 57 years and produced three children, nine grandchildren and one great grandchild…all of whom she loved dearly and unconditionally.

Being a Classen Class of 1959 graduate Judy showed her love of her classmates by chairing the reunion planning committee for two or three of her class reunions, until her health started failing, and she could no longer do it. She also spent many a Tuesday evening, with her long time Classen friends, for their Girl’s Night Out dinners. Judy was a former business owner along with her husband Joe and, together, they operated Joe’s Video Emporium at Southeast 29th & Shields in Oklahoma City.

Judy & Joe were active in the Buttons & Beaux Square Dance Club from 1974 until 1987.  They both loved square dancing and were disappointed when the club disbanded but it was also a time when Judy’s health started failing and she would not be able to square dance much longer.

The family wishes to thank all of the Oklahoma Kidney Care doctors, and staff, for taking excellent care of Judy the past 4 ½ years as well as the Mercy Home Healthcare team and the Mercy Hospice team.  Judy grew to love all of these people like they were family and we appreciate the excellent care they extended to her during this time.  Viewing will be Friday, February 16 and Saturday, February 17 from 10:00 A.M. to 8:00 P.M.  The family will greet visitors Saturday from 3:00 to 5:00 P.M.  Service is Sunday, February 18, 2018 at 2:00 P.M. at Buchanan Funeral Home’s Chapel, 8712 N. Council Road, Oklahoma City, OK  73132