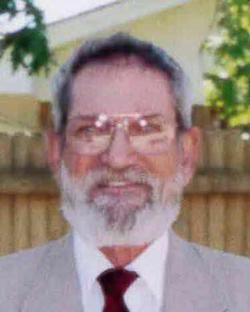 Kenneth R. Buchanan, age 73, died peacefully on Sept. 19, 2014. He was 1 of 5 boys born to C.A. & Mary Lee Scroggins Buchanan in OKC on Nov. 2, 1940. He graduated from NW Classen in 1959 and attended OK Christian College for a semester then decided to serve his country in the U.S. A. F. He served in Colorado Springs, CO, Massachusettes & Montana while stateside and in Japan and Vietnam. He loved Tokyo and wanted to return some day. After his discharge in 1964 he went to work for Western Electric (AT&T & Then Lucent) retiring in 2001 after 35 years of service. Ken was a member of N. MacArthur Church of Christ, OHRA, NSRA for over 20 years, NRA, CC Riders and Classic Chevy Car Clubs. He loved old cars, history channel & comedy movies. He met his wife, Peggy Turner on a blind date at Church & went to Glen's Hickory Steak House(to impress her) & told her she was going to be his wife to which she replied "You are nuts". They were married Dec. 31, 1965, because she would make a good tax deduction instead of waiting for the planned date of Feb. 17, 1966. To this marriage was born a son K. Ray II (because he insisted on someone to carry on his name). Ken was very proud of his son, attending all his school activities & driving the bus for all athletic activities at Living Word Academy. He was especially proud when Ray decided to become a funeral director and so Ken decided to work part time at funeral homes after his retirement. He supported Ray in his endeavor to build his own Funeral Home in 2007, opening Buchanan Funeral Service on July 10, 2008. His sense of humor was very dry & he enjoyed telling everyone he met that they should prearrange their funeral so their children would not have to. His philosophy was "Pay me now, or pay me later," because everyone will meet their maker someday! He was especially proud when Ray & Jana (daughter-in-law) presented him with beautiful twin granddaughters, Katie & Kara. They were his pride & joy & he loved telling their boyfriends that he had access to a crematory so they better treat them like a "lady".

In lieu of flowers donations may be made to "In Search of the Lord's Way".

The family would like to say a special thanks to Dr. Randal Allen, Dr. James Blalock, Frontier Hospice and all the great staff at St. Anthony's for their love and concern during this transition time.

Visitation will be 1-8 PM, Sunday with the family present from 2-4 PM. Services to celebrate his life will be 1:00 PM, Monday, Sept, 22, 2014 at Buchanan Funeral Service Chapel.