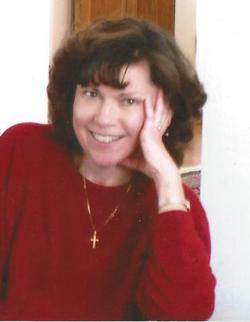 Daughter, Sister, Wife, and Mother – Lee Ann left this world behind to go with God on February 2, 2015, after a long battle with multiple sclerosis. Along the way, she earned a BSN at OU and worked as a registered nurse for some 12 years before happily taking on the pleasures of being an incredible full time homemaker and mother. She is survived by her husband Stephen, sons James and Collin, parents Benny and Frances Goe, brother Bennett Goe, sister Joan Cisneros, as well as brothers and sisters in law, several nieces, a nephew, and a great niece and nephews. Wake Service is February 5, 7 pm at Buchanan Funeral Service, OKC. Funeral Mass is February 6, 10 am at St. Charles Borromeo Catholic Church, OKC. Private interment at Resurrection Cemetery at a later time. Memorial donations may be made to the National Multiple Sclerosis Society.