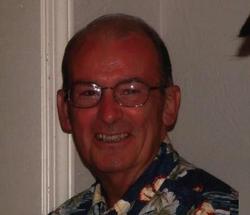 Leonard Price (Fred) Humphreys was relieved of pain and the ravages of Parkinson&#39;s disease, and taken home to be with the Lord on June 7, 2011 at 78 years of age. He was born June 8, 1932 in Tuscaloosa, Alabama to John H. and Orpha D. Humphreys. He lived and attended school in various locations throughout the South, and was graduated from Classen High School in Oklahoma City in 1950. He attended The University of Oklahoma prior to going to work for Columbia Pictures on the &quot;Film Row&quot; in Oklahoma City where he met, and would later marry, the love of his life, Barbara Ann (Bobbie) Greggs. He joined the U.S. Army in 1952 where he was very proud to serve his country. He was particularly proud of attaining the rank of Staff Sergeant in a very short time. Following his discharge from the Army, he returned home and married &quot;Bobbie&quot; in 1955. They began their new life together, which soon included the addition of children. He began a 43-year career in the telecommunications industry when he went to work for Western Electric (later AT&T and Lucent Technologies) in 1958. While working full time, as well as providing for and overseeing his family, he also became a part-time student at Oklahoma City University, where, in a 10-year effort, he ultimately earned a degree in Business Administration in 1970. He was a dedicated husband and father who taught his children many great life lessons and skills, and who invested himself completely in his children&#39;s welfare, development and activities. While he enjoyed a number of other activities throughout his life, none were more important to him than spending time with his family. He continuously promoted and dearly loved enjoyable times in family gatherings in any setting. He is survived and dearly missed by his wife of 56 years; his son John and wife Anita; daughter Kim Brown and husband Greg; son Jim and wife Deena; son Jay and wife Sherri; brothers John and Bill; sister Orpha Wages; grandson Scott and wife Ashley; grandson Christopher and wife Kelsey; grandson David; granddaughters Morgan and Taylor; first great-grandchild due in December; and numerous nieces and nephews. Funeral services will be at Buchanan Funeral Service chapel at 10:00 a.m. Friday, June 10. Interment to follow at Chapel Hill Memorial Gardens.