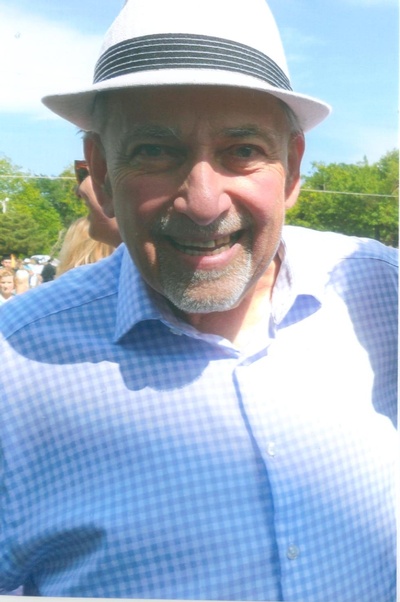 Leonard “Len” Charles Capraro, Jr., was born June 11, 1938, to Leonard Charles and Mary (Kostura) Capraro in South Plainfield, New Jersey.  Len went home to heaven on October 3, 2017, after an extended illness.  He graduated from St. Peter’s Catholic High School in South Plainfield and then attended the University of Tennessee on a football scholarship.  After earning a B.A. Degree in Business, Len returned to New Jersey to work with his father in Capraro’s Cabinet Center.  Along with his carpentry skills, Len utilized his business sense and financial knowledge to enhance and improve this locally owned family business.  Len also served as a volunteer firefighter in South Plainfield and Sayreville, New Jersey.  The love of firemen, firehouses, and fire trucks was a life-long passion for Len.  Wherever Len traveled, he made time to tour local fire stations and visit with the firemen.  Len enjoyed his years working with his father at Capraro’s Cabinet Center until a chronic family health issue required him to move his young family from the East coast to Tulsa.  In Oklahoma, Len worked in retail, sales, and the restaurant industry.  For a brief time Len owned Cinnamon House Restaurant in Oklahoma City.  The past twenty years Len sold residential and commercial security and surveillance systems, first with US Security and then with Lyon Security.  A conscientious and dedicated worker all his life, Len was always committed to meeting the customer’s needs.

Len, who was raised as a devout Catholic and served as an altar boy, later was baptized at OKC First Church of the Nazarene, where he served faithfully for many years.  Len was a trusted leader and beloved member of OKC First for decades.  His leadership was instrumental in the completion of OKC First’s Cole Community Center.  For the first time in many years, Len is no longer listed under his church’s Prayer Requests.

In addition to his faith, Len’s family was also very important to him.  He adored his wife Trudy, whom he met at OKC First Church of the Nazarene in 1984.  When they married a few months later, he devoted himself to making her happy.  Len loved his children and his family.  However, it was his grandsons who gave him the greatest joy.  He was very proud of Devin, Dalton, and Tanner and always wanted to be involved in their activities.

Preceding Len in death were his parents and his sister Joyce Siegle.  Len is survived by wife Trudy of the home, daughter Amy Lynn and Don Arehart of Corpus Christi, son Ken and Amie Conn of OKC, son Rob Capraro of Corpus Christi, grandson Devin Poulson of Woodward, grandson Dalton Poulson of Stillwater, grandson Tanner Conn of OKC, sister Elaine and Richard Lenskold of Flemington, New Jersey, and brother Richard and Jane Capraro of Stamford, Connecticut.  He is also survived by aunts Sophie Dalrymple and Elizabeth D’Angiolillo, with whom Len proudly shared the same birthday.  Many beloved nieces, nephews, and cousins survive.