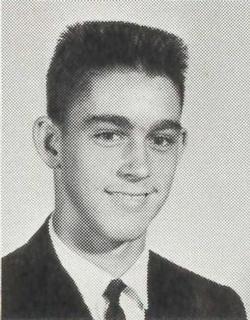 After retiring from McDonald's Corporation, Les and Kathy opened K and L Automotive working with Avis, Budget, National and Hertz Rental Cars. In 1983, the family moved to Englewood, Co and again worked with rental cars, before moving to Las Vegas in 1989. After again working with rental cars until 1995 when the family moved back to Oklahoma City, where Les attempted to retire. Within a year, Les had gone back to work for Republic Refrigeration to work with his son Robert. After leaving Republic, Les and Kathy opened Itty Bitty Thrift store in Bethany. He continued to work at the Thrift Store, while opening and managing a fencing company and doing maintenance for Jackson Hewitt Tax Service. He was actively involved with each until his death.

He was preceded in death by his parents, and within the last two years, brothers George, Delbert and Tommy, daughters Nicki and Lenora, aunt Rosa Thompson and uncle Charles Faulkner. Prior to that, he lost several aunts, uncles and his cousin Barbara Faulkner.

He is survived by his wife Kathy, daughters Shelly Dawn of Blanchard, Michelle of Oklahoma City and Kasi of El Reno and son Robert of Holden Missouri. In 2016, he went to Kansas City to welcome his 25th Grandchildand man was he proud of all his grandchildren. He is also survived by brother in law, Douglas Stickler (Jill), and sisters in law, Carol Stickler and Peggy Hoshall (C.B.), numerous cousins and many dear friends.