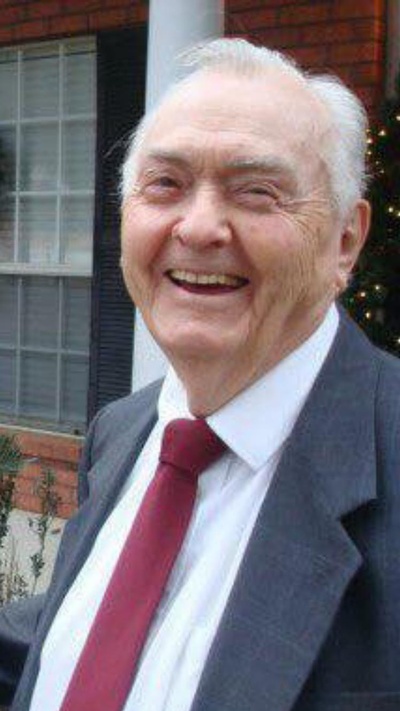 Lewis Dale Coate, Jr., age 93, born in Oklahoma City, OK on February 17, 1924, joined his wife, Roberta, in their everlasting home on January 22, 2018 at 4:06 pm.  LD was born to Annie Lou (Berry) Coate and Lewis Dale Coate and grew up in the Oklahoma City area.  He graduated from Northeast High School where he played football.  His father founded LD Coate Lumber Company where both father and son worked until it closed in 1972.  Prior to working in the lumber business, LD owned a radio shop in Oklahoma City.  LD met Roberta Jean Powell in 1939, and they were married on April 11, 1943 in Enid, OK.  LD and Roberta were devoted to God, their marriage and their family throughout their life together.  LD was an active member of Millwood Baptist Church until it was disbursed and, most recently, was a faithful son of Christ at Kelham Baptist Church.  He was very active in both churches and taught Sunday School for many years.  LD enlisted in the Army Air Corps in Enid, OK in 1942 and served during World War II until he was discharged in 1945.  He was an avid chess player and bowler, bowling on both the Millwood and Kelham bowling teams, and he and Roberta played plenty of duplicate bridge with their friends.  LD was known to always help family and friends and enjoyed watching his family grow.  He was a devoted husband and father, grand father, great grandfather and great great grandfather.  His family will miss his ornery smile and those mischievous eyes, but take comfort in the fact that he is reunited with his beloved Roberta for eternity.