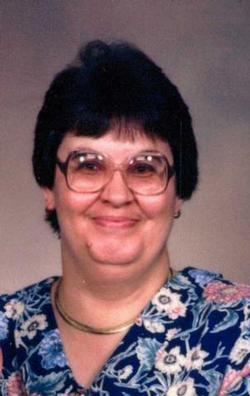 Linda Joanne Kalinowski was Born 15th December 1953 in North Tonawanda, New York to Richard Joseph and Kathryn Joan Daniels Kalinowski, and Enter Blessed Eternal Rest+++ on 2nd November 2013 in her home in Oklahoma City, Oklahoma. Linda was preceded in death by her father, Richard Joseph Kalinowski, on 1st July 2009.
At the age of 2 ½ years old, Linda relocated from New York to the Hurst/Euless/Bedford area of the Dallas/Fort Worth, Texas Metro Area. Linda attended Grammar and Junior High Schools in the HEB area, and graduated from L. D. Bell High School in Hurst, Texas in 1972. In 1977, Linda relocated with her parents to Lubbock, Texas. Soon after relocating to Lubbock, Linda became employed with Hemphill Wells Company as a Sales Associate, where she met Byron Joel Jones, who would eventually become her husband. Linda was accepted for a position with JCPenney Company in 1983 also in Retail Sales, which led to her being with the JCPenney for 29 years. Linda and Byron were married 26th November 1988 in Lubbock, Texas. Soon after Linda and Byron were married, they relocated to Wichita Falls, Texas in March 1989, where Linda continued working for JCPenney until their relocating to Oklahoma City in 2005, where she continued with JCPenney at Quail Springs Mall. After retiring from JCPenney 22nd December 2012, Linda was accepted for a Sales and Cashier position with K&G Fashion Warehouse, where she was employed when she became ill.
Linda was a founding member of St. Benedict Antiochian Orthodox Church in Wichita Falls, Texas, and was a member of St. Elijah Antiochian Orthodox Church in Oklahoma City. Linda was also a member of the United Scottish Clans of Oklahoma (USCO) in Oklahoma City. It was through Byron’s involvement in the USCO and his Scottish Clan as the Oklahoma State Clan Commissioner that Linda became involved with assisting Byron with his Clan tent at Scottish/Celtic Festivals in Oklahoma City, Stillwater, and Tulsa.
Linda is survived by her husband, Byron of Oklahoma City; her mother, Kathryn Joan Kalinowski of Eagar, Arizona; two brothers, David Alan Kalinowski of Eagar, Arizona, and Michael Paul Kalinowski of Hollywood, Maryland; a sister, Diane Elizabeth Kalinowski Neel of Lubbock, Texas; a few aunts and uncles; a number of nieces and nephews; a number of cousins; and extended family from the United Scottish Clans of Oklahoma.
Private Burial will be in the City of Duncan, Oklahoma, Cemetery. In lieu of flowers, the family requests Memorial Donations be made to American Cancer Society, Susan G. Komen Cancer Foundation, or American Heart and Stroke Association.
Honourary Pall Bearers will be; Michael Love, Thomas Hendricks, Dale German, Joe McDonald, George Cunningham, Brian Swearingen, Mark McGinness, Trae Rahill, Michael Dunbar, Aaron Ellis, and Travis Langham.