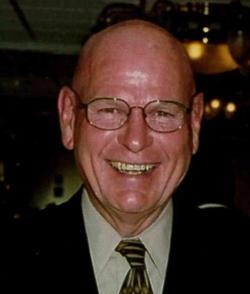 Lloyd N. Riffer II, CCE U.S. Army veteran went home to Jesus September 20, 2015. Riff worked for Dolese Brothers company as a credit manager for 35 years. During this time he joined the National Association of Credit Management where he served on the board of directors for several years and became the National Chairman of the Board for a year in 1999. He continued to serve on the board even after he retired. Dad was also very active in the church. He always made sure he had time for each of his kids whether he was filming talent shows or sporting events. He also made sure that we always had tickets on Father's Day to go to the air show and of course our many trips to the State Fair every year. When he was growing up he took piano lessons and played trombone in band and his love of music and dancing continued throughout his life and he and mom joined the Young Men's Dance club. He has always been a huge supporter of the University of Kansas his alma mater and Oklahoma State University but in the past few years he became a supporter of Oklahoma City University and would very rarely miss one of their basketball games. Dad was a strong forgiving man with a big heart and never met a stranger and he would always make sure he shook hands, gave a pat on the back and thanked veterans for their service no matter the age. He also loved animals which is why the strays that we found ended up in our home and hearts. We will miss his stern voice, wicked since of humor, yelling at the tv when his team wasn't doing well whether it was football or basketball, easy smile and great big hugs. We love you and will miss you until we see you again.