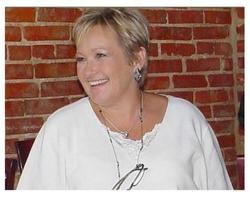 Geri (Bryant) Stevens left this life on August 22, 2015 in much the same way she lived it – with an unceasing sense of humor and her well-known infectious laugh.

Born on June 18, 1953, in Oklahoma City, Geri grew up in Midwest City, the youngest of four children. Geri inherited her mother's love of accounting, working most of her career for the State of Oklahoma Department of Tourism and as tribal coordinator for the Department of Transportation. But her true job description was ambassador for Oklahoma. Geri loved our state, its people, and particularly took pride in our Native American heritage. The feelings for her were returned.

Geri will be missed by all who knew and loved her.