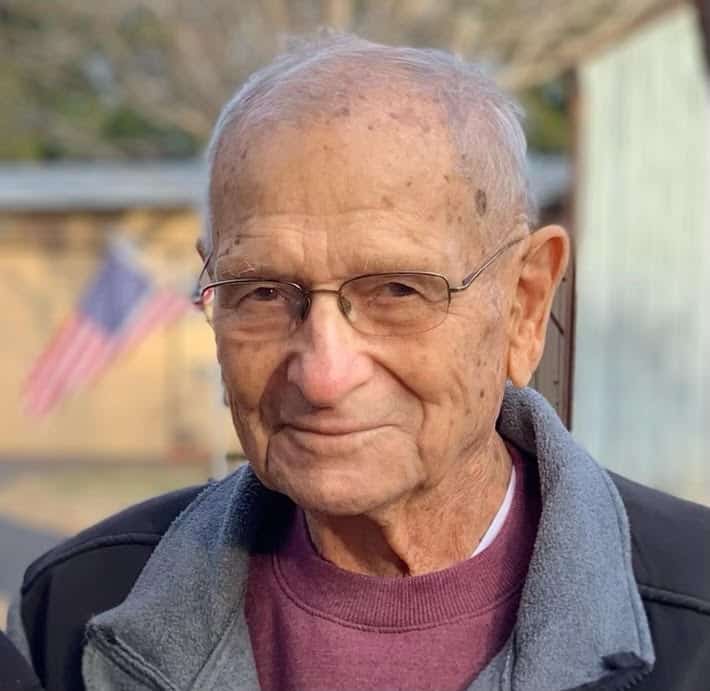 Louis Stanley Korhuniak, of Yukon, passed away peacefully in his sleep on January 6, 2023 on his 97th birthday.

Louie served in the Air Force Reserves and was also an Army veteran who served in the Korean War before beginning his career at Tinker Air Force Base. He was an avid golfer and shot two holes-in-one in his lifetime. Louie was an amazing husband, father, grandfather and he will be greatly missed.

He was preceded in death by his 8 siblings, his first wife Patsy Korhuniak in 1984, and his second born daughter Sharon Faulkner in 2010. He is survived by his wife of 31 years, Novaline Korhuniak and his daughters: Rita and husband Keith, Midwest City, Theresa, Midwest City, Diane and husband Chuck, Yukon. He was a wonderful Papa to 5 grandchildren: Misty, Tiffany, Russell, Tricia, Anthony, 15 great grandchildren.

Graveside services will be held at 1 PM on Friday, January 13th at Arlington Memory Gardens.

In lieu of flowers, the family prefers donations to be made in Louie’s honor to Sister BJ’s Pantry, https://srbjpantry.org/.

A graveside service will be held at 1:00 PM on Friday, January 13, 2023 at Arlington Memory Gardens.