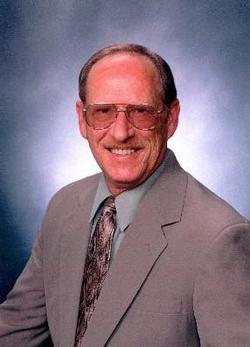 Lynn Black 69, passed away September 20, 2011. He was born July 17, 1942 in Paducah, TX to Irvie and Nadine Black. They later moved to Elk City, OK where he grew up, and graduated from high school. While in school he met Martha Brown, and they later married on November 1, 1963. They had two children, Michelle Redus and Jeff Black. Lynn worked for Borden Dairy for 25 years. After leaving Borden, he drove a truck for Penske and Hobby Lobby before finally retiring in September 2007. He also served as Deacon at Bethany Church of Christ for several years.
Lynn was a loving and caring father. He coached Jeff in youth soccer for several years, and Michelle in both basketball and softball. He finally quit coaching when they entered into their junior high years. He was active throughout their educational years, never missing any school or church activities. Michelle and Jeff were active choir members, and Lynn served as Choir president and on the board. He put in countless hours of stage work for musical performances, and helped in chaperoning out of state choir trips. It was during his kid&#39;s school years he met and made many friends. All were part of a special family of friends. Along with choir friends, his church family at Bethany Church of Christ was always a special part of his life.
Lynn was always one to welcome you at first sight. He&#39;d rather give you a hug than shake your hand. He was always willing to help when needed, and was ready to support anyone in need. He was quick with a joke, and would always share a story. He lived as a husband, father, &#39;papa&quot;, friend, and mentor.
He leaves behind his wife Martha, daughter Michelle, son Jeff, son in law David Redus, and daughter in law Sabrena. Additionally, his grandchildren Josh, Carley, and Kelcy Redus, and Caleb and Jaret Black; a brother, Mike; and a niece and nephew.