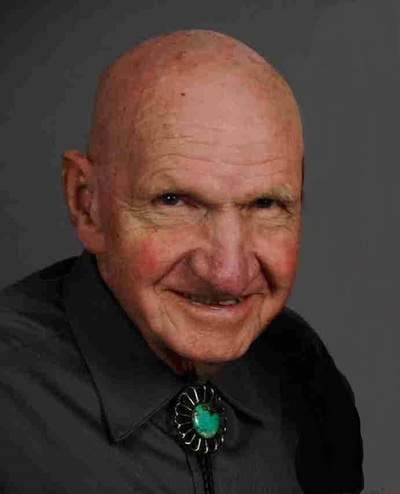 Lynn Dayl Jones of Oklahoma City, passed away on Sunday, November 15, 2020 at the age of 84. Lynn was born in Hugo, Oklahoma, where he grew up as one of seven children to father, Ruby Jacob Jones and mother, Elizabeth Julia Cooper. After graduation, Lynn enlisted in the US Army and later served with the US Air Force. As a helicopter mechanic and then crew chief, Lynn served in Korea and then, stateside, in search and rescue at Mt. McKinley, Alaska. During  his service, he walked away from three helicopter crashes.

Following the military, Lynn attended Embry Riddle Aeronautical University in Daytona, Florida. Eventually, his work as an aeronautical engineer took him to San Angelo, Texas, where he met and married his wife of 52 years, Dorine Marcella Anderle. His later work as a project manager brought Lynn back to Oklahoma City, where he was a long time resident.

Lynn was an active member of Epiphany Catholic Church for almost 30 years. He was a quiet and thoughtful man, who loved to read and listen to music. He was always quick with a joke or pun, and could quickly bring a smile to others.

Lynn is survived by his wife Dorine Anderle Jones; children Lisa Brunner and Kevin Jones; son-in-law Scott Brunner; grandchildren Jared Brunner and Nicole Brunner; and sister Nella Jones. Visitation will be Friday, November 20th from 1-8 PM, with Vigil Service at 6 PM, at Buchanan Funeral Service, 8712 N Council Road in Oklahoma City. Memorial Mass will be Monday, November 23rd at 11 AM at Epiphany Catholic Church, 7336 W. Britton Road in Oklahoma City. Those who may wish to offer memorial to Lynn’s role as caregiver are welcome to do so through the Alzheimer’s Association at www.alz.org .