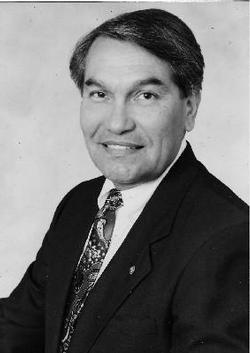 Malcolm E. Ortez-Reyes, son of Antonio Ortez and Juana Reyes, was born August 27, 1940 in Tela, Honduras. He passed away January 1, 2011 in Oklahoma City at the age of 70 years. He grew up and graduated from the Institute of Bellas Artes in Honduras, where he later taught art for a number of years, prior to moving to the United States. He obtained his degree in Business Administration from Roosevelt University in Chicago IL. Malcolm proudly served in the US Army and worked in many places all over the US. He made Oklahoma City his home in 1988, and worked in the banking industry. He loved to travel all over the world and enjoyed learning about different cultures. He was preceded in death by his father Antonio, and he is survived by his mother Juana B. Reyes, brothers Jose, Victor, Luis, Zacarias, and sisters Julia, Hilda, Deysi, Alba and Lilia; in addition to many nieces and nephews. Malcolm, will be greatly missed, but we will carry his memory and love in our hearts always. Memorial services will be 10:00AM, Wednesday January 5, at Buchanan Funeral Service, with burial at 2:00PM Wednesday January 5, at Ft. Sill National Cemetery.