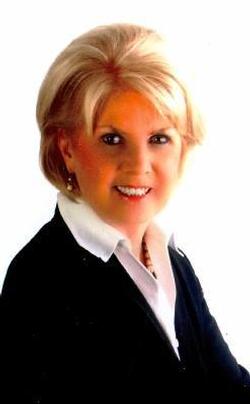 KNAUP,
Margaret Ann &quot;Peggy&quot; Simpson Knaup, 70, while surrounded by her loving family, went home to be with her Savior, Jesus Christ, on January 27, 2011. She was born to Thomas Hayes and Irene Colligan Simpson, September 28, 1940 in Oklahoma City, OK. Peggy graduated from Catholic High School (Bishop McGuinness) and also studied at the University of Oklahoma. Peggy worked 44 years in the Federal Government, having recently celebrated her retirement, December 2010. Peggy was a faithful and humble servant of God, attending St. Charles Borrromeo Catholic Church. As a single parent and homemaker she made raising a son and a daughter look easy with so much grace and excellence. Living her life totally devoted to her two children, Peggy encouraged, guided, and lovingly supported them from infants to adults, while overflowing with pride in their accomplishments, big or small, along the way. Peggy loved to travel, cruising was her favorite. She enjoyed planting her flowers, having garage sales with her brother, and getting together with friends for lunch. Peggy was fully engaged in life and loved to be with her family. One of her most prized roles in life was being a grandma. She loved to play football, baseball, and board games with her grandchildren. Spending time reading with, listening and talking to her grandchildren, and watching them play sports was unbelievably special to bother her and her grandchildren alike. A wonderful role model, Peggy was the best example of how to live one&#39;s life. If ever such a &quot;perfect&quot; mom and grandma exists, she was that. Peggy was preceded in death by her parents. She is survived by her son, Brian Knaup and wife Ann of Katy, Texas; daughter Cindy (Knaup) Jackson and husband Brian, of Kathy, Texas; grandchildren, Hannah and Jackson Knaup and Trevor and Garrett Jackson all of Katy, Texas; brothers Thomas H. Simpson, John R. Simpson, both of Oklahoma City; sister Mary (Simpson) Mimick of Minneapolis, MN; sister-in-law, Diane Simpson of Oklahoma City; brother-in-law, Gerry Mimick of Minneapolis, MN; and many adoring nieces, nephews, grand-nieces and grand-nephews. Friends are warmly invited to gather with family from 6:00-8:00 Pm on Thursday, Febraury 3rd at Buchanan Funeral Service. A Mass of Christian Burial will be at 10:00 AM, Friday, February 4th at St. Charles Borromeo Catholic Church with interment to follow at Resurrection Cemetery. In lieu of flowers, the family requests with gratitude, that contributions be made to St. Charles Catholic Church Dorothy Day Center. Online condolences may be made to the family at www.buchananfuneralservice.com.