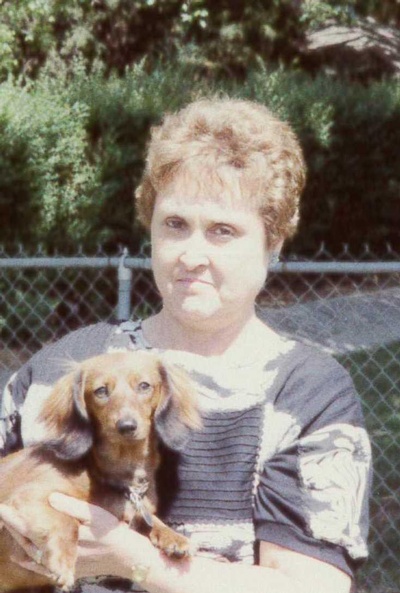 Margie Marie Ferrin, 86, born July 11, 1932 in Lafayette, TN, died after a short illness on Sunday, August 5.  She was the youngest of two daughters of George and Sadie Deckard of Lafayette, TN.  Her father was a farmer all his life, except for the time spent in France during the First World War.  After graduating high school as salutatorian in her class, Margie worked some time period in Nashville, before deciding to leave Tennessee in her young adulthood.  She moved to Oklahoma City to stay initially with her aunt and uncle, and seek work in the area.  With the help of her aunt and uncle’s neighbours, Lorene and Horace H. Ferrin, she found a position working for OG&E in Oklahoma City as a secretary.  She was also introduced to the neighbour’s son Elmer Gwinn Ferrin, and after a short courtship, they decided to marry and move to nearby Bethany.  Two sons followed, David Alan, and Mark Todd.  While raising her family, Margie worked part time, and eventually found a job at Bethany Library where she worked happily with a group of good colleagues many years.   After retirement, Margie continued her reading, and she learned to use an IPad, and adored her pet dachshunds.  She is preceded in death by her husband of 39 years, Elmer Gwinn.  She is survived by her two sons, two grandchildren, and four great-grandchildren.  Although Margie was not always the most outgoing person, she was a devoted friend to those who knew her many years.  She will be greatly missed by her friends and family, especially her sons David and Mark. Visitation will be at Buchanan Funeral Service on Thursday, August 9, 2018 from 1-8 PM with the family available to greet guests from 4-5 PM. Graveside services will be Friday, August 10, 2018 at Resurrection Memorial Cemetery.