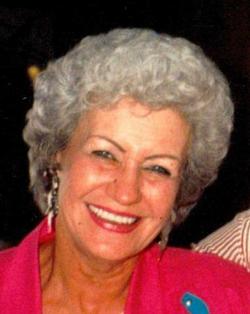 Mary was born in rural Marlow, OK to Ruth Lee (Goza) and Calvert Russel Lindsey. She was preceded in death by her parents; 2 sisters, Sondra and Fern; husband Ira Farley; daughter, Karen Barrett; former son in law Jeffrey Killam. Mary is survived by sisters, Sharon Wright, & Ginger Wright; daughter, Dawn Neihart; grandchildren, Sunie Killam, Kenna & husband Jeff Mason, Joseph Neihart, & Maegan Neihart; great-grandchildren, Dilyn, Briley, Keila, Kinley, Kashten, & Presley;. Mary was a devout, multi-talented, Christian woman who accomplished many things in her life, both personally and professionally. She was first and foremost a loving mother, grandmother, great-grandmother, and sister. She loved children and helped raise her four sisters and grandchildren. Mary ensured her family knew the Lord from an early age, often taking her grandchildren with her to church on Sundays. As a real estate agent, property manager, and investor she was a successful and diverse businesswoman. She and her husband also built many custom homes throughout Oklahoma City. She enjoyed flying and was one of the first women to have a commercial pilot's license. Mary lived a full life and will be dearly missed. The words, "Who loves you? My Ninny does." will forever echo through her daughter, grandchildren and great grandchildren's ears.Visitation is 9am to 5:30pm on Thursday, May 29, 2014 & Services to celebrate her life will be Monday, June 2, 2014 at 4:00 pm in Buchanan's Funeral Service Chapel.