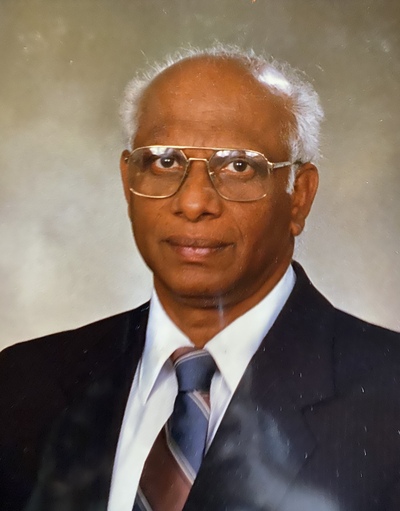 Mathen Mathew was born on March 6th, 1936 in Kottayam, Kerala, India. He was the eldest son of the late C.M. Mathen and Accamma George. He began his career with the Indian military. In 1965, Mathen Mathew married the late Sosamma Mathew and resided in Kottayam. He was blessed with three children; Reji, Saji, and Jose. He migrated to the United States of America in the 1978, and settled with his family in Oklahoma in 1981. Mathen Mathew was one of the founding members of the Mar Thoma Church of Oklahoma and remained an active member for all of his earthly life. As a follower of Christ, he personally supported many missions and charities in Kerala.
Mathen Mathew is survived by his three sons and one brother. He had seven siblings and numerous nieces and nephews; and six grandchildren, Troy, Tony, Sonya, Stanley, Kevin, and Katelyn.
Our beloved Mathen Mathew was called to his eternal rest on August 16th, 2020. He was a faithful servant of our Lord and Savior Jesus Christ, a loving husband, wonderful father, and caring grandfather. Even in the midst of his declining health the past few years, his faith in God never wavered and undeniably grew stronger each passing day.
Though his earthly presence is no longer with us, our beloved memories of Mathen Mathew will remain in our hearts and minds forever. We find comfort in knowing that he is in heaven with our Lord and Savior.