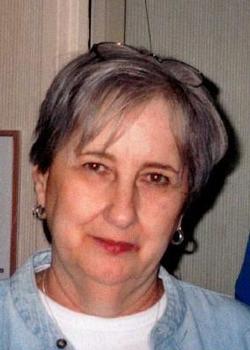 Melanie Kay Redus walked into the arms of her Savior with family by her side on Monday, August 8, 2011. She was born in El Reno, OK to parents, Al and Theresa Immenschuh. She lived in Okarche, OK before moving to OKC with her family. Melanie attended Bishop McGuiness High School. After graduating high school Melanie met and married Gary Redus. They were married 44 years and during that time they had &quot;four boys.&quot; Not only was she homeroom mother for her boys, she could always be seen sitting in the stands cheering her boys on at both football and baseball games. She never missed a game even when she was ill. She also enjoyed summer vacations with her family, and boating and camping at the lake. Melanie will be remembered as a loving mother, sister, grandmother, and aunt. She is preceded in death by her father and mother. Melanie is survived by her husband Gary; and her &quot;four boys&quot; David, of Guthrie, and his wife Michelle; Mark, of OKC, and his wife Lynda; Brad, of OKC and Brian, of Yukon, and his wife Brandy. Melanie will also be greatly missed by her grandchildren Lindsey, Josh, Hunter, Carley, Kelcy, Brandi, Elizabeth and Justin. She will be forever remembered as a loving sister to one brother, Raymond of Yukon and two sisters Theresa Ann and Mary Frances both of OKC as well as nieces and nephews. The family would like to thank Dr. Worcester, Dr. Carter, their staff and the staff at Fresenius for all they did for her over the years. Melanie was not only a donor recipient she was also a registered donor. The family would like to encourage anyone to &quot;check the box&quot; and become a registered donor. Funeral services for Melanie will be Friday, August 12th at 10:00 a.m. in the chapel of Buchanan Funeral Service in OKC, officiated by Bill Perring. She will be laid to rest Holy Trinity Cemetery in Okarche, OK.