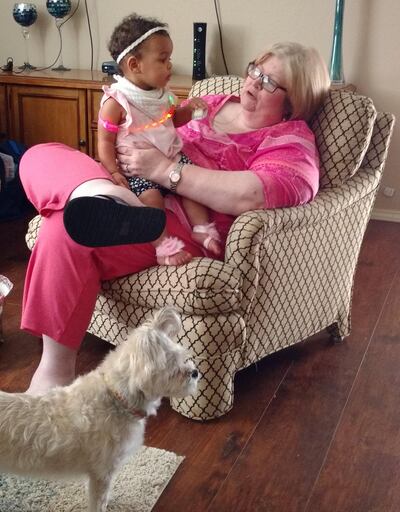 Melinda Kaye McKee, 64 of OKC was born July 1, 1957 in OKC to Francis Leroy Hamblin and Wanda Vaye (Miller) Hamblin. She attended John Marshall High School and received her Associates Degree in Nursing from Oklahoma State University May 11, 1992. She helped deliver hundreds of babies during her career. She married David Wayne McKee July 29, 1977 and they were happily married until his death on July 24, 2005. She and David loved to fish and she loved to knit and crochet. Together they were “Super Fans” of the OKC Blazer hockey team. She even helped mend their uniforms. Because of their dedication to the team the “Mr. Blazer” award was renamed the “David McKee Mr. Blazer” award. She is survived by her brother Larry and wife Donna Hamblin; Sister-in-Law, Kathe McKee McClure; niece, Allyson Ellis and husband Tom, niece, Sarah Hamblin, nephew Jonathan Hamblin and his wife Stephanie, niece, Jenifer Hamblin, niece Charity Martin and husband James, nephew, Terry Hamblin, niece Bonnie Williams and husband Jason; cousins, Susan Witten, Mark Miller and wife Stephanie and a host of beloved family and friends. May our “Good Girl” rest in peace with her beloved David.