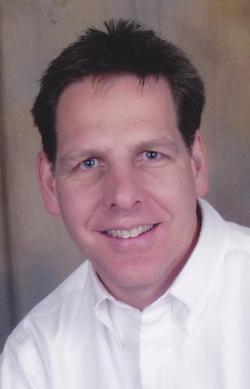 Michael Lynn Kliewer entered his earthly home in Lincoln, Nebraska on May 21st, 1960 and entered his eternal home in Heaven on March 29th, 2013. He was laid to rest on April 2nd. He was the eldest son of Don and Edna (Schmidt) Kliewer and grew up with his brother Greg in Oklahoma City, OK. Mike graduated from Putnam City High School in 1978. He continued his education at Oklahoma State University where he earned a B.S. in Mechanical Engineering, an M.S. in Physics, and a Ph.D. in Laser Physics.

Mike asked Jesus to be his Lord and Savior at an early age. He was a faithful believer throughout his life. His passion in recent years was telling people of God's loving-kindness.

Mike met the love of his life, Cathy, in 1992 while living and working in Orlando, Florida. They were married in 1994. Together, they were involved in several ministries including pet therapy and programs to elevate and enhance the lives of members of the disability community,

Mike had a distinguished career ranging from laser research to global regulatory affairs management in the medical device industry. He enjoyed his work and interfacing with people all over the world.

Mike had genuine care and concern for others and (along with Cathy) loved to spend time with friends and family. Mike's favorite past-times were creating and maintaining his Bible prophecy website, studying and discussing theology, showering love on "our boy", Bogart.their faithful canine companion of 12 years, and cross-country road trips with Cathy and Bogart.

A celebration of Mike's life will be held at Faith Bible Church in Edmond, OK, on April 13th at 11am.