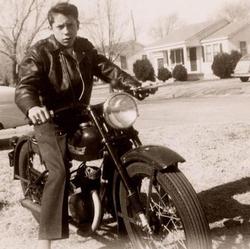 Nowell Ross Bell, age 73, was born in Holdenville, Oklahoma on October 13, 1941 to Dora Sue and Benton Ross Bell. Ross graduated from the University Of Oklahoma School Of Architecture in 1965, which began his life long career in architecture. Architecture took Ross to places all over the world such as South Korea, Saudi Arabia, and Costa Rica. Ross designed buildings in California and New Mexico for top secret government military projects as well. He worked as a professor at the University of Oklahoma School Of Architecture for over 20 years and also served as the Dean of that school. He continued to spread his love for architecture to his many students. He was head of the design department at the Benham Group for decades, and worked on the Murrah building, Crystal Gardens and the Ford Center just to name a few. Ross spent time with Buckminster Fuller, Bruce Goff, and Frank Lloyd Wright. He established his own firm in Oklahoma City with James Loftis, and David Downing. Ross enjoyed playing pool, painting, working with copper, and thinking about hot rods. He was part of several pool teams that made their way to nationals in Las Vegas. Ross will be missed greatly by his family and friends. He is survived by his children, Rhonda Bell of OKC, Garland and Tonya Bell of Edmond and Aaron and Karen Bell of Edmond; five grandchildren, Jenny Smith, Whitney, Lexi, Sydney and Lucas Bell, as well as his two great grandchildren Gracie and Hudson Smith.