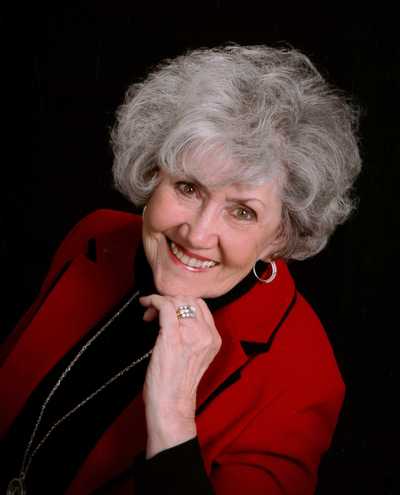 Nancy Joann Pierce-Couch crossed over to be with her Savior on October 24, 2019 where Heaven and nature joyously sang and embraced her arrival into God’s Kingdom. Her children Lisa, David and Dana said “she indeed was a gift from Heaven given to us! There was never a day that went by that we did not know how much we were loved. She was full of love and grace.” Nancy was loved by multitude and known by many names: loving mother, Agitsi, GiGi, MeMaw, Grandma Grape, Grandma, loving wife, loving daughter, a lady, a good friend, encourager, comforter and most importantly, a Godly Christian woman. Nancy shared the love of Christ to all through her kindness and graciousness to others. Nancy was born the only daughter of Byron Asbury and Ethel Fern Lucas on June 7, 1935 in Pauls Valley, Oklahoma. In December 1935, at 6 months old, her parents purchased a farm in Jenks, Oklahoma. Her father taught her all about the animals and the birds that lived on the farm. She would tell others throughout her life that growing up on the farm was her preparation for Heaven.  She graduated from Jenks High School in 1953. With no formal training she was entered by Jenks High School and competed in a dress design contest with 22,000 other schools across the nation and received a full National Art’s Scholarship. Her four designs were published in the Seventeen Magazine, August 1953 edition. She attended Washington University’s School of Fine Arts in St. Louis, MO. where she received her Bachelor’s degree. During her 24 year marriage to Hon. Judge Stanley Payne Pierce, who passed in 1986, together had 3 children, Lisa, David, and Dana. All have married and given her grandchildren and great grandchildren which gave her great joy and pride in their accomplishments. She was extremely proud of her son in laws and daughter in law. She met Gordon Couch and their romance together began and they married in August 2000. They were “best buddies” in all they did and set the example for others of what a marriage should be. Nancy loved to do many things with Gordon by her side: flying airplanes, two stepping, painting, classic car showing, traveling, football, baseball, and the Oklahoma Thunder games. However, her true passion was the ministry of sending cards of compassion and encouragement to others. She was a member of Manger Baptist Church until moving to Oklahoma City in 1960, where she joined Council Road Baptist. In 2014, Nancy joined Putnam City Baptist Church and has attended until her passing. She participated in Christian Woman, Salvation Army and was a member in the Central Oklahoma Mustang Car Club and Central Oklahoma Corvette Club. Her career had been the Church Secretary at Council Road Baptist Church and Executive Assistant at American Fidelity Insurance Company, where she retired. She is survived by husband and love of her life Gordon Couch, daughter Lisa Sipe and husband Robert Sipe, Son David Pierce and Wife Hollie Pierce, daughter Dana Lynne Van Ness and husband Jeffrey Van Ness, step-son Jeff Couch, step-daughter Carin Christian and husband Russell Christian. 14 grandchildren: Dustin Allen and wife Summer Allen, Jacob Sipe and wife Chelsea Sipe, Michael Pierce and wife Amber Pierce, Zachary Sipe, Justice Van Ness and wife Monica Van Ness, Cherokee Van Ness, Litany Van Ness, Hailey Whitfield and husband Tyler Whitfield, Hayden Atkinson, Mason Pierce, Chris Couch, Mikaela Couch, Rachel Lasley, Brianna Hurtado. 8 great grandchildren: Davin Allen, Copper Allen, Eli Allen, KeiRah Sipe, KraeSlen Sipe, Paisley Whitfield, Brynnlee Couch and Brayden Sipe. Angels from Crossroads Palliative and Hospice Care of OKC gave Nancy the best of care in her journey to Heaven. Donations to the Children’s Wing for Putnam City Baptist Church will be accepted. Visitation will be 1-8 pm Monday, October 28, 2019 with family receiving guests from 6-8pm at Buchanan Funeral Service. Services to celebrate her life will be 10 am, Tuesday, October 29, 2019 at Putnam City Baptist Church with burial to follow at Chapel Hill Memorial Gardens.