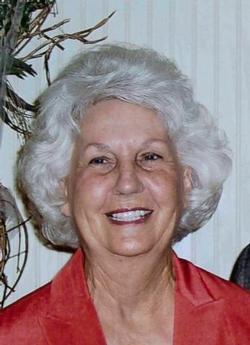 Orpha was born in Lincoln, AR to John and Orpha Humphreys. She was a 1953 graduate of Classen High School. Orpha was preceded in death by her parents; brother, Leonard Humphreys. She is survived by her husband Don; children, Lezlie and Bob Harding; Kurt Wages; and Shanan and Tommy Weeks; 2 brothers, John H. Humphreys; William C. Humphreys; 5 grandchildren, Chase and Conner Harding, Todd, Bailey, and Gavin Wages; GiGi Orpha's great-grandchildren, Asher, Zoey, and Colton; and nieces and nephews who affectionately called her Auntie. Visitation will be Monday, August 31, 2015 from 1-8 pm at Buchanan Funeral Service. Services to celebrate her life will be 10 am, Tuesday, September 1, 2015 at North MacArthur Church of Christ. She will be laid to rest on Thursday, September 3, 2015 at 2pm in McEwen Cemetery in McEwen, TN.