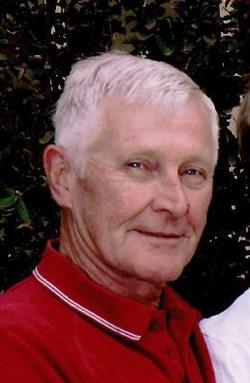 Orvil L. Brooks passed from this life to meet his Heavenly Father on Sat. May 23, 2009. He was born on Sept. 28, 1924 in Fletcher, OK to Frank & Ethel Brooks. He attended Rush Springs High School and graduated from OCU in 1961 with a Bachelors degree in Industrial Arts. Orvil served his country in the U S Army in WWII and in the Air Force in Korea during the Korean War. After his honorable discharge from the military, he worked at Tinker Air Force Base and as a Navigational Aids Analyst in Flight Inspection at FAA, retiring in 1976 after 30 years of service. Orvil married Bonnie Pryor on December 5, 1952 and were members of the Pentecostal Holiness Church where he served as a Sunday School teacher and a Deacon. II Timothy 4:7 – I have fought a good fight, I have finished the course, I have kept the faith. He owned and operated "O.L. Brooks Produce" at the public market and, furnishing wholesale produce to numerous stores. He was known as "O.L., the Sweet Potato King." Orvil was preceded in death by his parents; sister, Evelyn Lancaster; & brother, Dr. Gene Brooks. He is survived by sisters, Linda Smith & husband Brunell of Marlow, OK, Virginia Huffine & husband Alton of Pottsboro, TX & numerous other family & friends. He will be greatly missed by Bonnie, his wife of 56 years; son Danny Brooks; daughter Bonita Hennessey & husband Bob; grandchildren, Summer, Krista, Dakota, Chase, Davey, Angel; great-grandchildren Lillie, Phoenix, Baylee. "We love you, Pa-Pa." He was a hard working family man who adored his children. We would like to thank Northwest Home Health & Sol Amor Hospice for their loving care. Visitation at the funeral home will be Tuesday 8:30 AM – 8:30 PM with the family receiving visitors from 6-8 PM. Services are 10:00 AM, Wednesday, May 27, 2009 at River of Life Church, 6901 NW 150th. Burial with military honors will be at the Ft. Sill National Cemetery in Elgin, OK at 11:00 AM, Thursday, May 28, 2009.