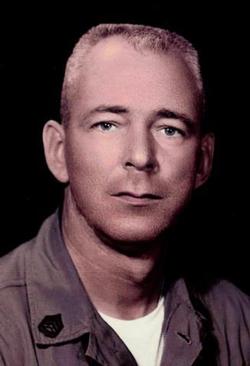 Paul Armstrong, went home to be with the Lord on October 25, 2014, ending a battle with leukemia. Paul was born February 2, in Bixby, OK to Jane Armstrong, the first of two children. His early childhood was spent in the Methodist Children's Home in Tahlequah, OK during summer breaks; he stayed at the farm/home of his Aunt and Uncle, Gertrude and Leonard Capeheart, in Bixby, OK. He dropped out of high school and enlisted in the US Marine Corps. He served honorably in Korea, Guantanamo Bay Cuba (Gitmo), Vietnam, and Okinawa. He was assigned various command posts which included the motor transport division, the personal driver for General Robert Cushman, and the Marine Barracks in Brunswick, Maine and Quantico, Virginia. Throughout his 31 years with the Corps, Paul received a few battle stars and a total of 17 medals including the Purple Heart. When asked why the Corps, his response was, "Marines. They're the Best."

While on leave from Korea, Paul paid a boy riding a bicycle to deliver a note to his future bride, Virginia, asking her out on a date. In September, they celebrated their 62nd wedding anniversary. Together, they raised three children: Susan Berry, daughter; husband, Clifford: Coty Berry-Blansett, granddaughter; husband, Brice: Marsha Armstrong, daughter: Paul Armstrong, Jr, son; wife Lesley: Madison, Ally, and Jack, grandchildren. Following his military career, and by orders from his wife to get a job or do something with his time, Paul entered the Oklahoma City Police Academy and served the city for 12 years.

In spring of 1997, Paul learned of a younger brother who was placed for adoption at birth. Through the trials and tribulations of searching for his birth family, Lee Yoakum of Independence, KS found his mother and brother. Together, Paul and Lee have been inseparable for the past 17 years. Paul had true talents in gardening; wood building projects; fixing and repairing just about anything as long as there were pictures and not a lot of reading involved. Paul loved sports. He played football with a Marine Corps team until a shoulder injury ended his playing days. He loved bowling and he continued to bowl until a couple of years ago. His highest game was a 298. He was a very competitive bowler. He also enjoyed fishing and loved hunting with his brother, Lee.

Paul requested a private family funeral. In lieu of flowers, donations are to be made to the Marine Corps Toys for Tots' and Marines Helping Marines organizations. Interment will take place at Chapel Hill Memorial Gardens.