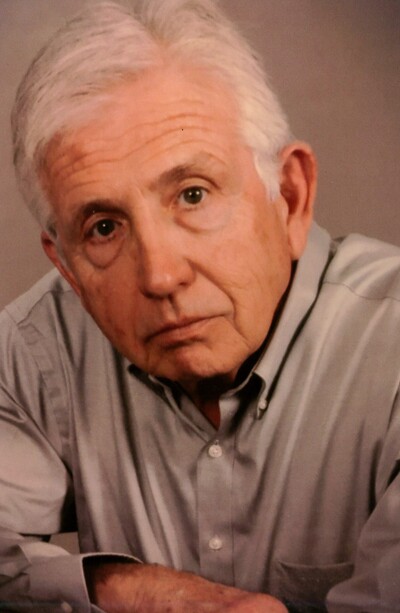 Peter Salvatore Santillie passed away peacefully on June 20, 2021. He was born on November 8, 1945 to Peter and Fern (Cain) Santillie in Rawlins, Wyoming. He spent much of his youth in Albert, Kansas and in California.  He graduated from San Fernando High School in 1963 and enlisted in the Army after graduation. He was stationed in Korea and Viet Nam.  After his service in the Army, Pete moved to Wichita, Kansas to be closer to his grandmother, Agnes Cain and there met Judy Gorges at a little diner where he stopped on his way to work.  He married Judy August 31, 1968.  In 1970 Pete became a police officer for the Ponca City, Oklahoma police department.  That same year Pete and Judy welcomed their first son, Marcello L. Santillie. While in Ponca City Pete commuted to OSU in Stillwater and received his Bachelor’s degree in Accounting.  Pete & Judy welcomed their second son, Gianni in 1973.

The family moved to Tulsa in 1975 so Pete could pursue an accounting profession.  Pete and Judy’s son, Marcello passed away in 1986.  In 1987 the family moved to Oklahoma City.  Pete took an accounting position at Oklahoma Department of Transportation (ODOT) in Duncan, Oklahoma and commuted there for several years. He transferred to Oklahoma City and was a systems programmer for ODOT.  Pete retired from there in June of 2013.

Activities Pete enjoyed were bowling which he did for nearly 50 years; fishing trips to Lake Texoma with his grandson, Marcello and his friends and his own fishing buddies; Playing Bridge with friends and taking trips to Disneyland, Universal Studios Florida and Las Vegas with family and friends.

He was preceded in death by his parents Peter and Fern (Cain) Santillie, son Marcello L. Santillie, and half- sister Rhea (Santilli) Hornbeck.

Pete made a decision to be baptized Catholic March 11, 2021 and chose the name “Peter Michael”.   The family wishes to thank:  Fathers Bird, Buetner, Gabriel and others who visited him at VAMC, all those who kept Pete in their prayers faithfully, our friends, neighbors and family, Brent, Lisa, Eric (Pete’s loving friend), and Evan (who is like a second grandson), Paul who helped Pete get to his appointments and his son, Alex who was Pete’s bowling buddy, Apex Home Health Care and Hospice employees and Senior Helpers who assisted Judy enabling Pete to be cared for at home.

In lieu of flowers, please consider a donation to Dale Graham Foundation who assist disabled veterans file for VA benefits.