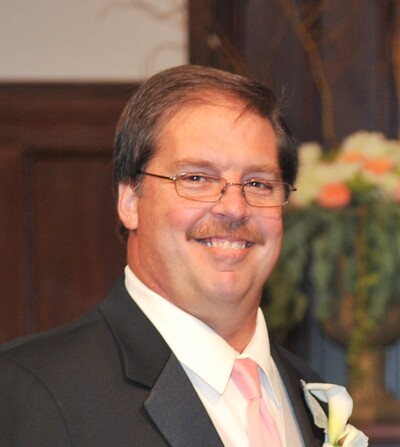 Randy passed away peacefully at home with family by his side after a hard-fought battle with cancer. He was born September 9, 1960 to Larry and Josephine Johnston.

Always an avid sports enthusiast, Randy played a variety of sports and was most proud of playing on the 1978 Putnam City High School 13-0 state championship football team. While attending PCHS, Randy met his high school sweetheart, Carol. After graduating, they continued on to Oklahoma State University. Randy remained a “loyal and true” Cowboy fan until the end.

Randy and Carol had two children, Chelsey and Tyler, who were the absolute joys of his life. As the Facility Manager at the Sprint Call Center for over 20 years, Randy made many lasting friendships. He always maintained his good-natured sense of humor and tried to find the positive side of every situation.

Randy was preceded in death by his parents. He is survived by his wife of 37 years, Carol; daughter Chelsey and husband Daniel McKnight; son Tyler Johnston; sister Pat and husband Brad Moore; brother Robert Johnston and wife Tami; as well as several nieces and nephews.

The family would like to extend many heartfelt thanks to Integris Hospice House for their unending support and compassionate care. His nurse, Melissa, was a guardian angel in this difficult time.

Visitation will be at Buchanan Funeral Service on Tuesday and Wednesday from 1-8, with family receiving guests from 3-5 on Tuesday, and from 6-8 on Wednesday.

A memorial service for Randy will take place when it is safe to do so.