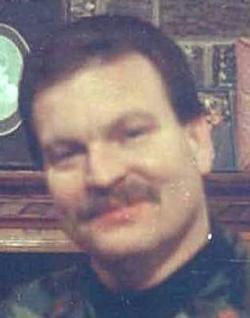 Rogers,
Retired Lt. Col. Jon E., 61, passed away on June 28, 2010 in OKC. He was born on August 26, 1948 to William and Rhoda (Collins) Rogers in Plainfield, NJ. Jon served in the military for 34 years. He served 4 years active duty at March AFB in aircraft maintenance, entered the Air National Guard at Will Rogers Base in 1976 and is a Desert Storm Veteran. Jon was Chief Nurse with the 137th Medical Group until he was selected to be the Commander of the Medical Group and served in that capacity until he retired from the Air National Guard in 2004. He worked at St. Anthony Hospital as Staff Nurse to lead Nurse of the Medical and Surgical Coronary Care Unit; Midwest City Regional Hospital as Lead Nurse Cath Lab; Integris Southwest Medical Center as Operations Manager for Cardiovascular Services; the Oklahoma Heart Hospital as Director of Cath and Electrophysiology. His final career in nursing was teaching at Platt College in Moore. He enjoyed this immensely, always believing that education was important and the key to a successful future. He never missed an opportunity to tell someone to go back to school. He loved the people he worked beside at Platt and always spoke very highly of them. Jon was a good man who enjoyed his life. He felt privileged to have served in the Air Force. It was an honor to him and valued the people he met throughout his military career. He was thankful for Mark, Brenda and Hank towards the end for their support he knew was being given to his wife, and daughters. Jon was a private person, not wanting people to know the extent of his illness. He had a silent strength about him and a dry sense of humor that his family will miss greatly. We were blessed to have him in our lives and smile at the memories. "We loved you so much ~ we'll miss you PaPa". Jon is survived by Trudy, his loving wife of 34 years; 2 daughters, Amanda Rogers and Bryan Rigsby, and Stephanie Rogers; a brother, Will Rogers; a grandson, Dylan Rogers, nieces, nephews and his 2 beloved cats "Mo and Ben". The family would like to express their gratitude to the Cancer Center and the 7th floor at Integris S. for their care and respect of Jon. Services to celebrate his life will be 10:00 AM, Thursday, July 8 at Buchanan Funeral Service Chapel. In lieu of flowers donations to United Service Organizations, Inc. PO Box 96860 Washington, DC 20077-7677 are requested.