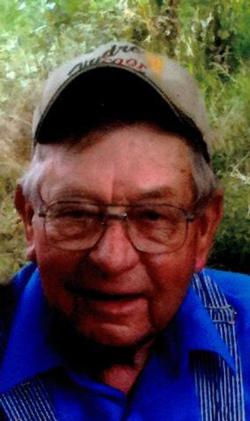 Richard Dale Amen was born August 28, 1939 in Weatherford, Oklahoma to Audry and Marie Brehm Amen. He served as an MP in the United States Air Force from 1956 to 1960, stationed in Germany. Richard married Mary Ethel Hopkins on April 16, 1966. They have two daughters Lacy Marie Amen & Jesica Jane Cannon & son-in-law Mark. He is survived by his five siblings, Larry Amen, Donald Amen, & LaVelle Nickels of Weatherford, OK, Delbert Amen of OKC & Shirley Williams of Tulsa, OK. He started Amen Contraction in 1971 and bricked many, many houses in and around OKC. He taught several young men to become good brick layers. He loved going to Mexico with the church youth group and showing the kids how to build houses. Richard went to be with the Lord on November 17, 2013.