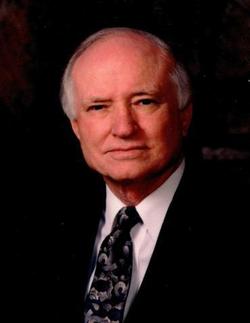 Richard was born in Shawnee, OK, to Clabern and Verna (Dickerson) Welch. He was baptized in August 1946 in the Tecumseh Church of Christ. He often reminded his children and grandchildren, "Let's make sure we are all in Heaven together!" Richard attended school in Shawnee and Tecumseh. He graduated from East Central University in 1951 and proudly served his country in the US Navy during WWII. He was a Teacher, Coach, High School Principal, Business Man and Professional Boy Scout Executive. He met and married Kitty Sue Carter and they have been together over 66 years. He was preceded in death by his parents and his son, Richard Wayne Welch. He is survived by his beloved wife Kitty; Daughter, Richina Cooper; Grandchildren, Michelle Bebout, Jesse Bebout, Kathryn and husband Jason Garrett; Great Grandchildren, Rickey and Adison Garrett; Sister, Phoebe Ann Bax and husband Timm. Visitation will be Tuesday, January 29, 2013 from 12 noon- 8 PM at the funeral home with services to celebrate his life at 10:00 AM, Wednesday, January 30, 2013 at North MacArthur Church of Christ. He will be laid to rest in the Schoolton Cemetery in Cromwell, OK with Military Honors. In Lieu of flowers donations may be made to Leukemia and Lymphoma Society or American Diabetes Foundation.