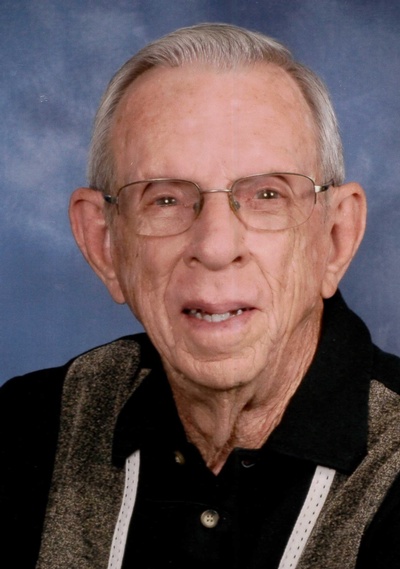 Robert Donald Wonderly died at home on December 7, 2018 with his family by his side. He was born at home in Bartlesville, OK June 17, 1931 to R.E. and Lois (Osborn) Wonderly, the youngest of five. He attended College High, was a graduate of OSU and an avid Cowboy fan. He joined ROTC while in college where he met and married Patricia Hutchinson in 1952. They were blessed with 4 children of which he was always supportive and very proud. He served in the Air Force and Air National Guard where he achieved the rank of Lt. Colonel. He worked for Pat’s family’s nursery in El Reno, OK where he acquired his extensive tree and plant knowledge before joining Western Electric in the accounting department in 1962.  He retired from there in 1993 after supervising numerous sections and making many friends. He was a car enthusiast and enjoyed many hobbies including RC airplanes, golf, bicycling, gardening, water skiing, fishing, and bridge. He liked music, sang in the church choir for many years and was a member of the OKC Symphonic band for 4 years. He was a virtuous family man who followed the teachings of Christ. He was very active in the church and enjoyed getting together with the guys to work on church projects or take weekend golf trips. He was preceded in death by his brothers Ralph and Harold, and sisters Fern Wells and Helen Freeman. The loss of his daughter Linda last year was very tough. He is survived by his wife Pat, daughter Emily Jordan, sons Jeff and Gregg, son-in-law Ken McKuen, 9 grandchildren, 3 great-grandchildren, and many nieces and nephews. The family would like to thank Mercy Hospice for their comfort and support during his final weeks. Services will be December 15, at 2:00pm, St. Mark’s United Methodist Church, 8140 NW 36, Bethany, OK. In lieu of flowers, donations can be made to the Spastic Paraplegia Foundation.