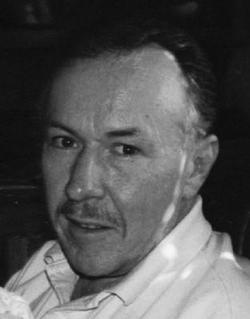 Ron
Our beloved father, brother, Grandpa Ron, PaPa, uncle, and friend was called home by the Lord on March 14, 2010. Ronald Tead Cawthon was born in Childress Texas on March 5, 1943 to Walter Cooper and Rudene (Mullins) Cawthon. He had two sisters he adored, Carolyn and Fern. Ron spent most of his early years in Childress until his father took a new job in Security, Colorado. He graduated from Widefield High School in Security, which is where he met his wife, Chyrell Norman whom he eventually brought with him back to Texas. They had two children, Ron Jr. and Denee. At the age of 17, Ron was hired to work for C.R. Anthony Company and, four years later, he was given his first store to manage in Amarillo, Texas. After a successful career as a manager, Ron accepted a promotion in the company&#39;s home office in Oklahoma City. In 1992 he went to work for Golf USA and worked there until he retired in 2008. After suffering from a heart attack in December 2009, Ron spent several weeks in the hospital until he was released in mid-February. Ron is survived by his son Ron Cawthon Jr., daughter Denee Delich, daughter-in-law Cara Cawthon, son-in-law Dan Delich, and three precious grand-children, Alyssa, Jackson and Davis. He is also survived by his loving sister Carolyn Conn and brother-in-law Jerry Conn of Hearne, Texas and numerous other family members and friends. Ron was a caring, generous, witty and wise man. He never met a stranger. He enjoyed people and success in the business world. Ron loved animals, especially his many dogs. He had just celebrated his 67th birthday on Friday, March 5th with his son, daughter, son-in-law and two grandsons in Plano, Texas. His day was blessed with many phone calls from old friends & family, including all of his living nephews from Texas and California. Donations may be made to American Cancer Society in Ronald&#39;s memory. A memorial service to celebrate Ron&#39;s life will be held Saturday, March 27th at 2:00 at Buchanan&#39;s Funeral Service in OKC.