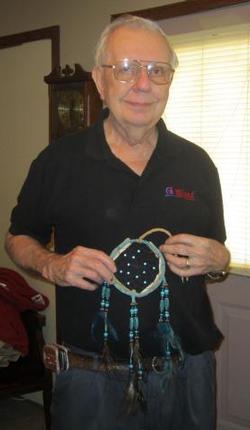 Ronnie Nagel, beloved husband, father, grandfather, great-grandfather, brother, uncle, and friend, passed away on Thursday, April 2, 2015 at Baptist Integris hospital in Oklahoma City, with his family by his side. With his passing, Ronnie joins his late wife, Shirley, and two children, Ronald Jr. and Donald, as well as his parents Benjamin and Marjorie Nagel, and brother Carl Nagel. Always a caring and selfless man, Ronnie was quick to drop what he was doing to come help a loved one in need, to both literally and figuratively patch a hole whenever misfortune struck. He was a modern day renaissance man with an envious resume of activities that ranged from car racing, skydiving, and SCUBA diving, to being a wizard at repairing engines – he never met a lawnmower he couldn't fix, just as he never met a person he couldn't instantly befriend, striking conversations with whomever would listen.

Ronald "Ronnie" Dewaine Nagel was born January 21, 1942 in Hardtner, KS to Benjamin Densmore Nagel and Marjorie Caroline (Goebel) Nagel. Shortly thereafter, the family moved to Oklahoma, where he eventually met Shirley at TG&Y, where Shirley was working in 1962. Always the flirt, Ronnie constantly asked her to go out for a Coke; Shirley turned him down several times, stating she had a baby at home. Finally she relented: "If I go for a Coke will you leave me alone?" Sparks flew, and shortly afterward they married on December 26, 1962, in Denton, TX. The love that they have for one another is undeniable and will continue to remain as strong as ever, for all time.