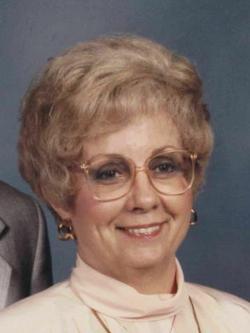 Ruth Charlene Feagins Lowe, 80 of OKC passed away on Sunday, July 5, 2015. She was born on November 20, 1934. She was the daughter of the late Charles & Dorothy Feagins. She was formerly the Director of Human Resources of Little Giant Pump Co. She was an active member of North MacArthur Church of Christ. She was a very loving wife, mother, & grandmother. She lived in many places due to being an Air Force wife. She was a blessing to all who knew her.

Visitation will be Wednesday, July 8th from 10 AM to 8 PM at the Funeral Home with the family present to greet guests from 6 – 8 PM. Services to celebrate her life will be 10 AM, Thursday, July 9, 2015 in the chapel of Buchanan Funeral Service.