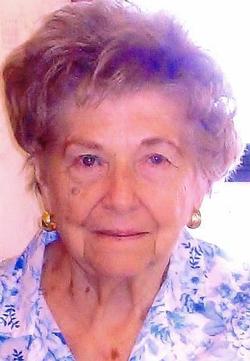 LOWDON,
Ruth Lorena, a lifelong resident of Dallas, was born January 18, 1925 in Ector, Texas to Homer D. and Brazoria E. (DeShane) Willoughby. She lost her valiant battle with ALS on November 16, 2012 in Oklahoma City. Ruth was preceded in death by her parents; her husband Harold "Harry" Lowdon in 2008; 4 brothers, Thomas Henry, Robert Sr., Homer Delos Jr. and Joe Lawrence; and sister, Margaret Marie Daum. She is survived by her sister, Edna Earle Porter of Oklahoma City; numerous nieces and nephews including, Ronnie Daum, Carole Wood, Mike Porter and Linda Charney and friends too numerous to mention. She enjoyed sailing the Gulf of Mexico with her husband, tennis, Bible Study and prayer groups. The family would like to extend a special "Thanks" to Frank Eccell for his compassionate care and friendship. There will be a visitation on Tuesday, November 20, 2012 from 2-9 PM at Grove Hill Funeral Home with a graveside service at 10:00 am on Wednesday, November 21st at Grove Hill Memorial Park Cemetery. Services are under the direction of Buchanan Funeral Service in Oklahoma City, OK.