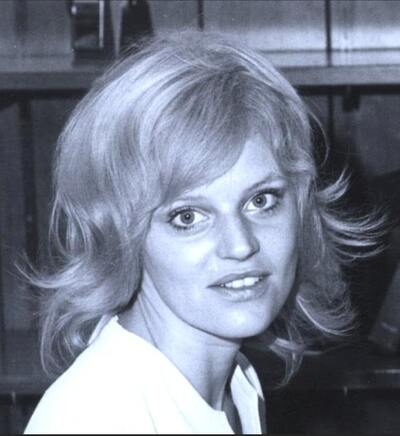 To view the livestream of Sandra’s service, please Click Here.

Oh, how she was loved! Sandra Kaye went to heaven to join her parents on February 10, 2021. She was born in DeRidder, Louisiana on August 14, 1944, the daughter of Morrill and Mildred Shaw. She grew up in Evansville, Indiana, then moved with her family to Liberal, Kansas where she graduated from Liberal High. She attended Los Angeles State College of Applied Arts and Sciences and Kansas State Teachers College. She transferred to Oklahoma City with Pan American Petroleum in 1964 where she met her future husband, and the love of her life, Jim. They were soon married and had three daughters, Gabrielle, Christina, and Sarah.

She spent most of her career working as a secretary for petroleum and legal firms, and enjoyed a couple of fun gigs as a local model. But her passion was being the perfect mom. She was active and creative, putting her girls first. She volunteered for things like home room mom and blue bird group leader. She loved to entertain her girls and their friends by creating fun craft activities. She was a wonderful cook and delighted all who were lucky enough to sample her homemade lemon meringue pie, eggrolls, chicken salad, butter bars, peanut butter rice crispy treats, and Christmas toffee; but she will always be remembered by her grandchildren for the BEST ramen noodles (because the spoon makes all the difference).

She sewed, painted, crafted, gardened, and was the queen of homemade holidays. Her girls were always the envy of the neighborhood trick-or-treaters with their elaborate homemade costumes allowing them to be whatever they imagined.

Despite not finishing her teaching degree, she was a grammarian tyrant throughout her life, often correcting her bosses, as well as her husband and girls, and was lovingly referred to as “Grammy Grammar Police” by her grandchildren. She took the love of language even further after she retired, and through a program with her church, and volunteered her time tutoring at-risk grade school children.

She regularly spent time with her lifelong neighborhood and fellow-mom friends, often getting together to throw big neighborhood events for their kids and families, like the Thank-our-Mailman Day and 4th of July pool parties. As the kids got older, they kept in touch playing bridge and bunco. Sandy was also known to be a fabulous hostess, preparing a beautiful home, food and fun for Halloween parties, Bishop McGuinness reunions (although Jim was one who attended there), work parties, and more.

She was always close with her sister, Morrilyn and brother, Joel, and his wife Sandy, even though they never lived near-by. Regular phone calls and holiday family vacations kept them strongly connected. After her father passed and as her mother’s health started fading, she and Jim moved Sandy’s mother into their home to make her last two years on earth as comfortable as possible. Sandy always put the needs of her family first.

When her mother passed away, she and Jim began an odyssey of road trips, visiting her sister in Colorado, her brother in Maryland, as well as travelling to as many National Parks in the U.S. as Jim could talk her into, and even venturing a trip to Canada.

In 2012, she was diagnosed with cancer. After a year of chemotherapy and radiation, she went into remission, but she was tired and never quite came back to her old self. That’s when the love of her life, the man who had adored her from when they first met; the man that had to talk her back into marrying him three times before she finally said, “I do”; the man that provided food and shelter as she created a home for them and their children and grandchildren; that man took on her caregiver role, making sure she was taken care of, comfortable, and loved all the way through her last days.

She was preceded in death by her mother and father, Morrill and Mildred Shaw. She is survived by her husband, Jim; daughters, Gabrielle, Christina and Sarah Telcocci; grandchildren, Sophia and Hayden Strobel, Isabel Brazil, Perianne and Deacon Phillippe, and Lola and Gus Caldwell, all in Oklahoma City. She is also survived by her sister, Morrilyn Donoway of Loveland, CO; her brother and his wife, Joel and Sandy Shaw of Pittsburg, PA; niece, Amy Wood and nephew, David Wood, both residing in Colorado; and sister-in-law, Gina Telcocci and her husband Jeff Falick of Oakland, CA.